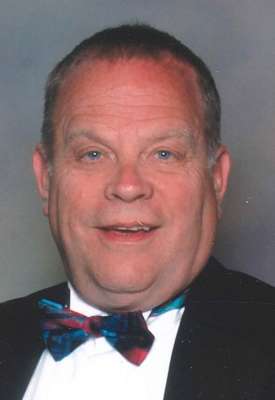 Robert (Bob, Bobby, Willy) Bob was born in Chicago on July 24, 1949 and from that moment on, the world was never quite the same. After attending Wright Jr College, he joined Combined Insurance where the PMA (Positive Mental Attitude) Philosophy became his way of life.  While at Combined he achieved many awards; BI Region Super Cup Champions, District Manager Annual Award Winner and the Ring of Diamonds the highest award given by the company.

Shortly after his move to Scottsdale, he suffered a brain aneurysm and stroke.  But, nothing could keep him down.  He became a volunteer at the Scottsdale Granite Reef Senior Center and once again he began to accumulate awards; 2008 President’s Volunteer Service Award and 2010 Francis Young Community Hero.

Bob never met a stranger. He sported a winning smile and had the most incredible personality.  Once he greeted you with his smile, you became a friend for life.

He is loved very much and will long be remembered as the World’s Greatest Lover, Devoted Son, Best Father, and Grandfather and Friend.

Bob leaves behind his wife, Lizbeth Congiusti; mother, Minerva; sons, Shane, Shawn (Chrissy) and grandchildren, Dylan and Taylor.  In addition, to his extended family and many, many friends, most especially The Boys from Riis Park who he has remained friends with since he was a kid and “The Friendship Group”.

In lieu of flowers the family asks you to support one of Bob’s favorite charities:

Sustainable Seniors at WWW.Sustainableseniors.org – click on “How You Can Help” then Donate on line.

Lunch and a Celebration of Bob’s Life

will be held following the Mass

at the Granite Reef Senior Center

Offer Hugs From Home Condolence for the family of WILLIAMS, ROBERT J.