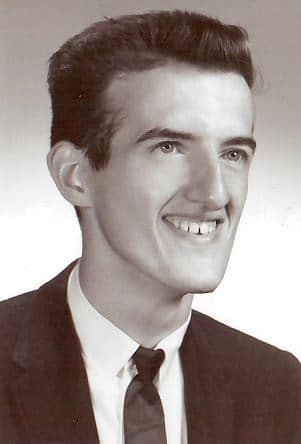 John P. Diskin, age 73, passed away February 22, 2022 at the VA Medical Center of Phoenix with family by his side. He was born August 12, 1948 the youngest son of Joseph F. and Rose (Burns) Diskin of Scranton, Pennsylvania.

Raised in the Minooka section of Scranton, Jack was educated in the Scranton School District and a graduate of Scranton Technical High School. After finishing school Jack entered the United States Marine Corps where he served in the Vietnam War. He earned several decorations during his service overseas including the National Defense Service Medal, RVN Cross of Gallantry, Vietnam Campaign Medal, Vietnamese Service Medal and a Combat Action Ribbon. After returning home he worked at the American Can Plant in Minooka until it closed. Jack then moved on and retired from Leonard’s Hardware Store in downtown Scranton. Upon retirement he moved to Phoenix, Arizona to join his sister and niece.

Jack was preceded in death by his parents Joseph F. and Rose, brother Joseph R. and sister Joan. He is survived by his niece Erin, husband Ryan and their children Kate and Gabriel of Phoenix, and extended family members. Jack leaves behind many great friends at the Boardwalk and beyond always having a kind word with a smile for anyone he met.

Jack was instrumental in the early life of Kate helping to raise her until pre-school age. They had a very special bond chatting away on their long walks or watching cartoons. He gave her her first sip of real coffee and her first Coke. He was an avid sports fan who could rattle off stats and point spreads at the drop of a hat. Jack loved the AZ Diamondbacks and the AZ Cardinals along with all sports radio programs. Jack loved going for a Sunday ride followed by his favorite Boston Crème donut and coffee. He will truly be missed.

We would like to thank Dr. Rami Sarid of the VA Medical Center. He worked tirelessly to get Jack the best of everything in every aspect of his care no matter the department. There aren’t words to express the compassion and kindness he gave us all. We would also like to thank Dr. Rachit Kumar from Banner University Radiation Oncology Dept. and his staff for their care, compassion and support during this process. We express our gratitude to the nursing staff of both facilities who always went above and beyond.

A graveside service will be held on Thursday, March 10, 2022 at 10:30AM at the VA National Cemetery of Arizona, 23029 N. Cave Creek Road, Phoenix. Condolences may be expressed at www.whitneymurphyfuneralhome.com

Offer Hugs From Home Condolence for the family of DISKIN, JOHN P.