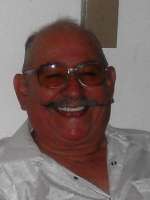 Santos Rodriguez, 77, retired Navy Parachute Rigger, passed away April 11 2011 in Phoenix, AZ. The Navy allowed Santos to travel to far off places, including Japan, where he met and married his beautiful wife Yoko. Preceded in death by his wife, he is survived by his 3 children, Santos (Henry), Tony and Delia and two Granddaughters, Jacqueline and Rebequa, who he adored. Visitation will be from 10:30-11:00am, Tuesday, April 19, 2011 with a Funeral Service at 11:00am at Whitney & Murphy Funeral Home, 4800 E. Indian School Road. Interment will be at 1:00pm at the National Memorial Cemetary of Arizona, 23029 N. Cave Creek Road, Phoenix.

Offer Hugs From Home Condolence for the family of RODRIGUEZ, SANTOS