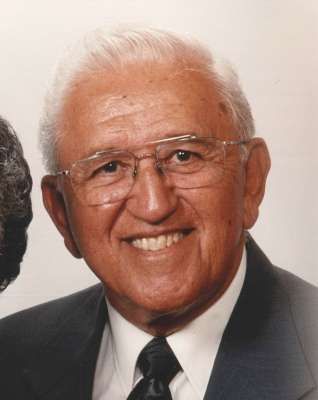 85, died on July 18, 2015 from cardiac arrest. He was born on November 4, 1929 in Phoenix to Joaquin and Antonia (Montano) Acevedo. He is preceded in death by his loving wife Ercy; survivors son Mike (Cindy), daughter Margaret Fitch (Rick), grandsons Christopher (Teri), Kevin Fitch, great-grandchildren Benjamin, Isabella, Lola and numerous nieces and nephews. He dedicated his life to his family, friends and all who knew him. He worked for the City of Phoenix as an Engineer and retired in 1985. He was a loving and nurturing husband, father, father-in-law, uncle and tata. He will always be remembered for his glowing smile and friendly nature. Visitation will be held from 5-8pm with a Rosary at 7pm, Thursday, July 23, 2015 at Whitney & Murphy Funeral Home, 4800 E. Indian School Road, Phoenix. Funeral Mass will be at 10:30am, Friday, July 24th at St. Thomas the Apostle Catholic Church, 2312 E. Campbell, Phoenix. Interment will follow at St. Francis Catholic Cemetery.

Offer Hugs From Home Condolence for the family of ACEVEDO, EDDIE M