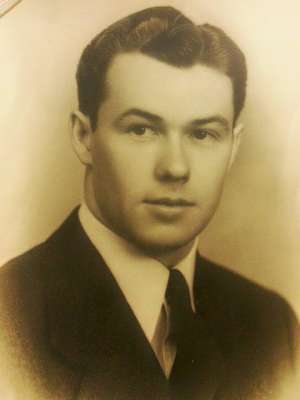 Neil Andrew Ackerman slipped gently into the arms of his Lord on May 1, 2015 after an 18 year fight against prostate cancer.  Beating it for 18 years and making it to 97 speaks of his strength, endurance, tenacity and stubbornness.  He WON!  Due to nearly two years under Hospice of the Valley care, he was continually comfortable.   His children, son-in-law, Curtis, granddaughter, Jenni and faithful companion of 16 years, his dog Missy were with him at his passing at home. Neil was born at home on the farm in Crawford County, PA on February 28, 1918.  His parents, Cloyd and Ella, along with his 8 brothers and sisters, preceded him in death. He married Juanita Foy on June 14, 1943.  He loved his two children, Lita Marie Johnson (Curtis, whom he loved like a son) and Matthew Robert Ackerman, his five grandchildren: Casey (Nicole) Goslin, Jennilee Goslin, Sarah Ackerman-Whitesell, Andrew and Timothy Johnson and his four great grandchildren: Zoey, Kaleb, Mae and Anna-Belle Goslin along with many beloved nieces, nephews, friends of all ages and his Hospice team he grew to love. Neil worked at Talon Fastener Company where he met his future bride, Juanita. They had grand adventures working winters in Florida, owning their own business and adopting daughter, Lita.  They moved to Phoenix in July 1955 to help open Layke, Inc., a tool and die shop which he one day would own. Matthew was adopted soon afterwards. Neil was involved in the professional organizations including American Society of Tool and Manufacturing Engineers, Arizona, where he served a term as President.  He was also a member of church council at American Lutheran Church.  Neil was quite the handyman, with nothing he was willing to try to fix and usually did, not just at home but for anyone who asked.  He was a hero and role model in his neighborhood for so many things, but initially for taking every single neighbor’s newspaper and putting it by their door in the morning and for putting everyone’s big trash receptacles away as soon as they were emptied.  He won a Hero of the Month award from a local newspaper after being nominated by several neighbors.  He and his dogs, first Hooch and then Missy, were neighborhood favorites.  Neil is known for blazing many trails through the Phoenix Mountain Preserve behind his house with his faithful companions.  Neil loved to take Juanita on cruises, as well as a special trip to Hawaii and many trips “home” to Pennsylvania. A celebration of Neil’s life will be at Trinity United Methodist Church, 3104 W. Glendale Avenue, Phoenix on Saturday, May 30, 2015 at 11:00 AM with a reception immediately following in the fellowship hall.   In lieu of flowers, we ask that donations be made to Hospice of the Valley, 1510 E. Flower Street, Phoenix, AZ 85014. We thank you for the kind words, gestures and prayers extended to the family. Arrangements entrusted to Whitney & Murphy Funeral Home. 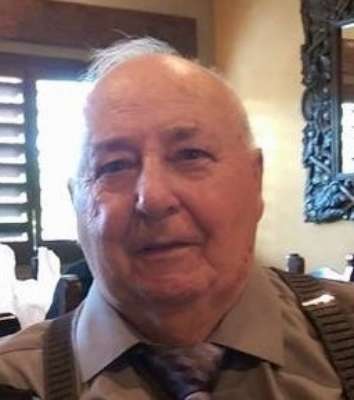 Offer Hugs From Home Condolence for the family of ACKERMAN, NEIL ANDREW