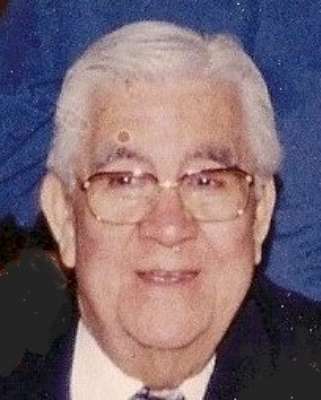 90, a Certified Public Accountant, passed away December 29, 2013, of complications from pneumonia. He was born on April 30, 1923 in Miami, AZ to Jose and Laura Acosta and was a lifelong Arizona resident. Joe grew up in Miami and graduated from Miami High School. After high school Joe worked in the copper mines in Miami until he was drafted by the Army and served in World War II from 1942 until the end of the war. In September 1946 Joe enrolled at the University of Arizona where he met his future wife Aurora. Joe received his undergraduate degree in August 1949 and moved to Phoenix to be with Aurora. They were married on October 14, 1950 and enjoyed 55 happy years of marriage until Aurora’s death on November 26, 2005. Joe and Aurora raised 6 children.

Joe’s career began at the Internal Revenue Service working there for 5 years. After this, Joe received his Certified Public Accountant certificate in September 1955 and he worked for  local accounting firms until he formed Acosta, Cordova and Pittman in January 1970. In 1987 Joe sold his practice and worked as a sole practitioner until December 2013. He was very proud to have had many long standing clients, some for over 50 years.

Joe also had the privilege of serving on corporate board of directors of Arizona Public Service, United Bank and Mera Bank. In 1978 Joe was selected to become an original board member of the Arizona Lottery Commission. Joe was also a member and President of the Vesta Club, an organization that raised funds for college scholarships for outstanding high school students. He also was a member of other civic and charitable organizations.

Joe also was active in his children’s activities such as little league. He loved dancing, singing and playing music with his family and friends. He always said that daily prayers, especially the rosary, helped him through his long lifetime.

A Visitation will be held on Wednesday, January 8th from        6-8:00 P.M., with a Rosary at 7:00 P.M. at St. Theresa Catholic Church, 5045 E. Thomas Rd., Phoenix. Funeral Mass will be held at St. Theresa Catholic Church on Thursday January 9th, at 10:00A.M.  Burial at St. Francis Cemetery will follow the mass, followed by a reception. Arrangements entrusted to Whitney & Murphy Funeral Home.  In lieu of flowers, the family requests that contributions be made to University of Arizona Foundation, St. Mary’s Food Bank and National Parkinson’s Foundation.

Offer Hugs From Home Condolence for the family of ACOSTA, JOSE “JOE”