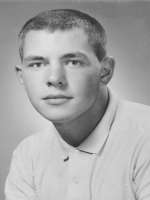 Offer Hugs From Home Condolence for the family of ADDISON, DAVID JOHN