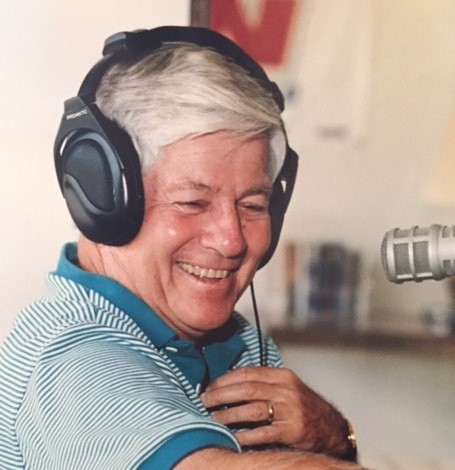 91, of Scottsdale, AZ passed away on September 30, 2016. He was born to Fred and Clara Adelson in Waukegan, IL. Jim served honorably in the US Army during WWII and graduated from the University of Illinois shortly thereafter. He was a renowned sports announcer starting his career doing minor league baseball in Minot, ND and was the first to bring televised sports to the state of North Dakota. He was best known for his work as the sports voice for KXJB TV in Fargo, ND. His favorite work was doing play by play for local sports, including North Dakota State University. He was an accomplished writer, and more than avid golfer. He was a three-time North Dakota State Senior Champion. Jim is a member of the North Dakota Broadcasters Association and Golf Association Hall of Fame. He lost his first wife Barbara in 1978. They were married for 27 years and had three children, Sally, Tom and Steve, all living in the Phoenix area. Jim has eight beautiful grandchildren and was a devoted attendee at all their sporting events. He died peacefully and lived a full happy life. Funeral arrangements entrusted to Whitney & Murphy Funeral Home.

Offer Hugs From Home Condolence for the family of ADELSON, JAMES L.