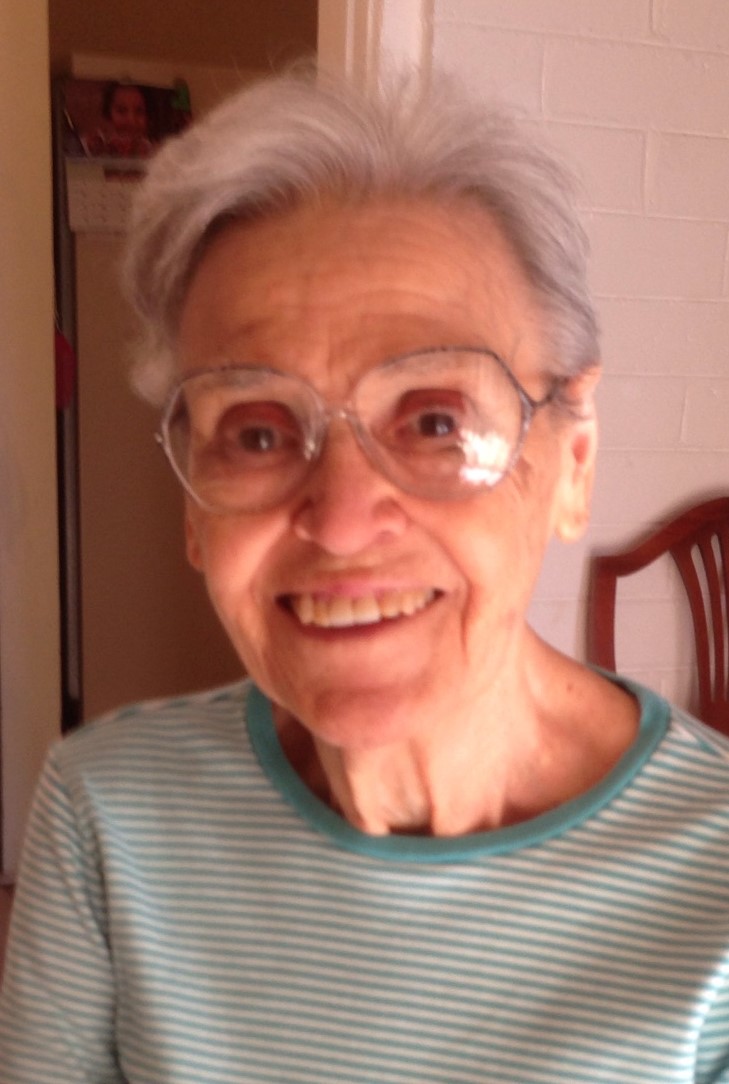 Died peacefully in her Phoenix home October 2, 2016 of natural causes. She was 99. Born in Humboldt, AZ. on February 18, 1917 she moved to Phoenix, where she entered St. Joseph’s nursing school in 1936, graduating in 1939. After graduation she worked as a nurse. During World War II she worked briefly for six months at Goodyear Aircraft assembling war planes. She returned to the nursing profession working on and off for 30 years at Maricopa County General Hospital as a supervisory nurse, until she finally retired in January, 1983. She was married to John Ainsa in September, 1940 until his passing in February, 1977. She loved traveling, visiting with family and going to the movies. She especially loved assembling jigsaw puzzles. She is survived by her only son, Dale Ainsa. Visitation will be Monday, October 10 from 5-9 P.M. and a Funeral Service Tuesday, October 11 at 11 A.M. at Whitney & Murphy Funeral Home, 4800 E Indian School Rd., Phoenix.

Offer Hugs From Home Condolence for the family of AINSA, CECILIA MANRIQUEZ