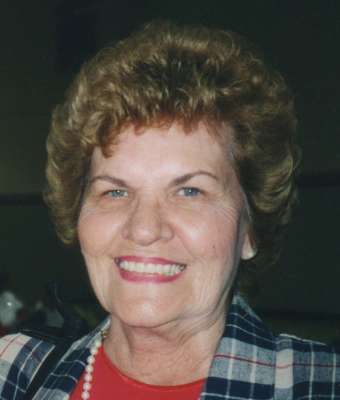 Lois Akin, of Phoenix, AZ, passed away on April 28, 2017 at age 81 following a period of declining health. Lois was born on October 5, 1935 in St. Louis, MO as the second of four children to Ray & Dorothy (Miller) Montgomery. Her family moved to Phoenix in 1937 where she and her siblings attended elementary and high school at St. Mary’s Catholic, Class of 1953. Lois and all of her siblings were renowned for their athleticism – softball, basketball, tennis, volleyball, including a significant victory as the City Parks and Rec. Table Tennis Champion! After high school, Lois served as a Secretary in the Engineering Department at the City of Phoenix for about half of her career, and the second half rising ultimately to an Engineering Executive Assistant and Manager for Improvement Districts with Maricopa County. She is survived by her loving husband John Akin Sr. of 51 years; her brother James Montgomery; 3 children (and 14 grandchildren) Ray Enriquez (Jennifer, Sara, Heather); Mickey “Pete” Hamilton (Mickey, Kandice, George Kent, Chance, Jolie) and John Akin Jr. (Abby, Scott, Sean); several great-grandchildren and beloved nieces and nephews.

She is preceded in death by her two sisters Wray Jean Sether and Glynn Ann “Glynnie” Clapp and her son James Enriquez (surviving grandchildren Jimmy, Belen and Jessica). A celebration and remembrance of Lois’ life will be Thursday, May 4, 2017 from 6pm-8pm with a Funeral Service on Friday, May 5, 2017, at 10am at Whitney & Murphy Funeral Home, 4800 E. Indian School Road, Phoenix, AZ 85018. Interment will follow at St. Francis Catholic Cemetery.

In lieu of flowers, the family requests donations in her name may be made to St. Mary’s Basilica Building Fund of Phoenix, AZ or to Hospice of the Valley at 1510 E. Flower Street, Phoenix, AZ 85014.

Offer Hugs From Home Condolence for the family of AKIN, LOIS