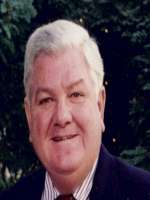 Paul D. Allen passed away August 14, 2010. He is survived by his beloved wife of 41+ years Mary Kay, his daughter Kelly and his two sons Brendan and Patrick, his three siblings Michael, Mary, Joanne, and his mother Francis. Paul was born April 29, 1944 in Youngstown, OH. He spent his early childhood in San Francisco and his teenage years in the Los Angeles area. He attended Arizona State University. After graduation he headed to New York City to begin a career on Wall Street. He then headed back to California for a number of years before settling in Arizona in 1990. He spent the majority of his career working in the Money Management business. Paul touched everyone he met with his Irish wit. His humor was truly a gift. His quick smile and fondness of telling a joke or story, and positive outlook on life will leave a lasting impression on all of our lives. A man who was truly a legend will be celebrated with a Funeral Mass at 10:00 A.M., on Saturday, August 21, 2010 at Saint Francis Xavier Catholic Church, 4715 N. Central Ave., Phoenix. A Visitation will be held on Friday, August 20, 2010 at 6:00 P.M. with a Rosary at 7:00 P.M. at Whitney & Murphy Funeral Home, 4800 E. Indian School Rd., Phoenix. In lieu of flowers, please make donations to Gardiner Home Hospice of the Valley.

Offer Hugs From Home Condolence for the family of ALLEN, PAUL D.