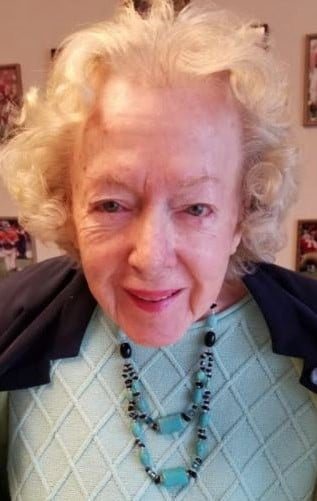 Delores Elaine Oursland Alonso of Phoenix, Arizona, died at her home of natural causes on January 24, 2022 in Phoenix, with her husband of 42 years, Charles Alonso at her side.  Delores was born on October 13, 1930 in Volin, South Dakota, to her parents Regina Ray Oursland and Jewell Oursland.  She grew up on the family farm during the Great Depression, and attended Sacred Heart School of Nursing, after graduating high school. in Yankton, South Dakota, obtaining her B.A. in Nursing and becoming a Registered Nurse. She was Nurse from 1950 through 2018. She was a traveling Nurse, working all over the county.

After the birth of her only son, James Scott Walker, in San Diego in 1960, she moved to Phoenix to assist her brother, Dr. Robert Oursland, in opening his surgical practice. Both Delores and her brother, Dr. Oursland, worked together for 35 years in the medical surgical practice in Phoenix, helping people from all over the Valley. After the death of Dr. Oursland in 1998, she joined her son’s law practice as an office administrator and Nurse Consultant until her retirement in 2018, at the age of 87.

People will remember Delores as a character, with a smile, warm personality, and someone who would talk and talk and talk, but in a good way. You would always know where you stood with Delores. If she liked you, you were a friend that she would bend over backward for. If she didn’t, well….she just wouldn’t talk to you, or she would, but not in a gracious manner.

She was always a straight shooter, and treated everyone the same, no matter what ethnicity, race, religion, or sexual orientation. She was a Nurse, a “giver” throughout her life. She made a difference in people’s lives for the better.

She was very proud of her only son, James Scott Walker, or as she always told everyone, “my son the lawyer”, as she passed out his business card upon meeting them. As the years passed, she began telling her son, the divorce attorney, on a daily basis, that she wanted to be a grandmother before she died.

Well, she was finally given a grandchild on April 10, 2012, named Robert Leonard Walker. This was the pinnacle of a life well lived for Delores when she held her grandson in her arms.

Karma, when good things happen to good people. She was 91 years old when she passed, but it was time.

Delores is survived by her husband Charles Alonso, married to for 42 years, and at her side through thick and thin, son James Scott Walker, niece Peggy Oursland, nephews Wayne Lundquist, Mike Lundquist, and nephews David and Jeff Oursland.

Graveside services will be held back in South Dakota at the Oursland family plot at Pleasant Valley Cemetery, Rural Vermillion, South Dakota. Condolences may be expressed at www.whitneymurphyfuneralhome.com

Offer Hugs From Home Condolence for the family of ALONSO, DELORES