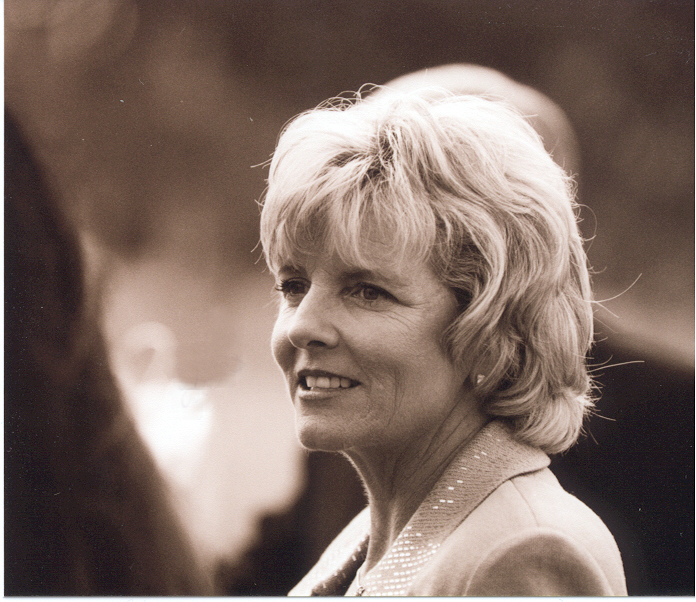 PHOENIX – – Alice M. Ambrose of Phoenix, Arizona lost her hard-fought, thirty-month battle to ovarian cancer on December 14th, three days shy of her 69th birthday. She passed away peacefully at home while in Hospice care and surrounded by loving family and friends.
Born in Pasadena, California in 1950 to Robert D. Aylsworth and Jeanne (Kelly) Aylsworth, Alice was the oldest of their five children. She was preceded in death by her parents but is survived by her sisters: Elizabeth Foster of Phoenix, AZ and Frances Green of Eureka Springs, AR; her brothers: Robert K. Aylsworth of Minneapolis, MN and James Aylsworth of Houston, TX. Alice also leaves behind her husband of 48 years, Tom Ambrose, their daughter Casey Ambrose and her grandson, Logan Ambrose.
Alice grew up in Southern California before her family relocated to Phoenix’ Arcadia neighborhood when she was 10 years old. She attended Ingleside Elementary School and Arcadia High School in Phoenix. Her college education began at St. Mary’s College in South Bend, Indiana where she met her future husband, Tom Ambrose of New Rochelle, NY, who was attending Notre Dame. After a three-year courtship they were married in Arizona and ultimately made their home back in Alice’s old Arcadia neighborhood.
Alice finished her college education by graduating from Arizona State University in 1973 with a Bachelor of Science degree in Accounting. Recruited directly from ASU to the audit staff of Arthur Andersen & Co. in Phoenix, she became a licensed Certified Public Accountant in both Arizona and California. In 1978, following a two-year maternity break, Alice rebooted her accounting career by joining McGladrey & Pullen, LLP in Phoenix where she began as an audit senior. She was named a partner in 1987. At the time, she was one of only 20 women on a list of the firms’ 400 partners.
Travel was a life-long passion and the only continent she didn’t visit was Antarctica, but it was on her “to visit” list. She was an avid scuba diver who planned family diving vacations to Hawaii, Fiji, Australia, Mexico and the Caribbean. But she also enjoyed the more traditional travel destinations in Europe, the Far East, Africa and South America. All those exotic locations notwithstanding, her summertime “happy place” was always on the beach in Coronado, CA.
Wherever she went in the world, she could light up a room with her sparkling personality, generous smile and wonderful laugh. She especially loved spending time with her grandson, Logan, who always called her “Gigi.”
Her dogs never failed to bring a smile to her face. Over the years she enjoyed the companionship of her Golden and Labrador retrievers, a Cavalier King Charles and a couple of marvelous rescue mutts.
In the community, she was past president of the board of St. Mary’s Food Bank and co-chair of the Phoenix Zoo’s 2015 fund-raiser, Rendez Zoo. She also did volunteer work for Phoenix Suns Charities, COMPAS and the MS Society. A voracious reader, she always looked forward to the camaraderie and literary discussions at her book club luncheons.
When her family first moved to Phoenix, Alice’s father would frequently take the children on weekend outings to the Phoenix Art Museum (PAM). The experience gave young Alice a deep appreciation of art. After retiring from public accounting, she became a docent at PAM, where she most enjoyed touring children through the galleries. She relished the opportunity to provide the spark for a child to become excited about art. Mentoring new docents as a consultant, advisor and reviewer was another of her PAM passions. But more than anything else, she treasured the many friends she made as a docent.
In lieu of flowers please consider donations in memory of Alice Ambrose to Hospice of the Valley and the Phoenix Art Museum.
Visitation will be held on Friday, December 27, 2019 from 4:00 – 7:00 p.m. at Whitney & Murphy Funeral Home, 4800 E. Indian School Road, Phoenix.
Funeral Mass will be held on Saturday, December 28, 2019 at 10:00 a.m. at The Conventual Church of Our Lady of the Angels at the Franciscan Renewal Center, 5802 E. Lincoln Drive, Scottsdale. Condolences may be expressed at www.whitneymurphyfuneralhome.com

Offer Hugs From Home Condolence for the family of AMBROSE, ALICE M.