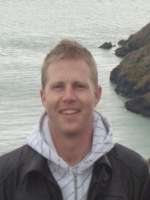 Dom passed away on Friday, November 11, 2011 at the age of 26 in Scottsdale, Arizona. He was a beloved son of father, Don Ameche III (Brenda) and mother, Maureen Ameche Lord (Dave) and brother to Elizabeth “Bessie” Ameche. Loving grandson to Carol and Don Ameche II; Marilyn Bresnahan Carey (preceded in death by Bill Bresnahan). Survived and cherished by his many aunts, uncles, cousins and his many friends who all loved him dearly. Born March 2, 1985 in Phoenix, Arizona. Dom, a spirited youngster grew up in Phoenix, went to St. Theresa Catholic Elementary School and graduated from Arcadia High School in 2003. He proudly graduated Magna Cum Laude from Arizona Stat University in 2010. As a teenager, while playing Lacrosse with the Sabercats, Dom led his team to win the 2003 State Championship and was named to the 1st Team All State Attack Line. His success with lacrosse earned him a trip to Australia which sparked his keen interest in travel. He graciously gave back to his community by coaching young lacrosse players at Saguaro High School. He enjoyed cooking and relished tips from famous chefs and was quick to share his tips with others. He dored his dogs, Lucy and Betty. He loved to offer suggestions on how to train and discipline dogs – “Just ask Dom”. Since 2009, he was a very motivated and dedicated salesman for Vector Marketing/Cutco. He earned many top sales awards which led him to travel to many places including his favorite trip to visit his ancestry in Ireland. He said that he couldn’t wait to travel to new places… and now he is there! We are all better for having known such a great young man. Dom had a kind, caring and generous heart. Most of all, he was a happy young man who brightened every room with a bold and vibrant “Hi!” and upon leaving, gladly have a gentle kiss goodbye. Dom’s strong and lasting bond of love and friendship will forever be remembered in our hearts. Thank you Dom, for sharing your life with us! “May God give you…For every storm a rainbow, for every tear a smile, for every care a promise and a blessing in each trial. For every problem life sends, a faithful friend to share. For every sigh, a sweet song and an answer for each prayer”. In memoriam, the family requests donations to be made to the Cystic Fibrosis Foundation to benefit his cousin who battles CF – cff.org or to the Frank Foundation – frankadopt.org. Visitation on Thursday, November 17, 2011 from 5:00-7:00pm with sharing starting at 7:00pm at Whitney & Murphy Funeral Home, 4800 E. Indian School Road, Phoenix, AZ 85018. Funeral Mass on Friday, November 18, 2011 at 10:00am at St. Theresa Catholic Church, 5045 E. Thomas Road, Phoenix. 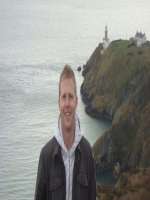 Offer Hugs From Home Condolence for the family of AMECHE, DOMINIC F.