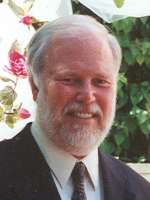 Born September 21, 1944 in Chicago, IL. Died July 28, 2011 in Scottsdale, AZ.
An avid accordionist, keyboardist and harp player who loved the blues, classic country and western, and rock ‘n’ roll. Don was born and raised on the South Shore of Chicago. His parents, Arthur Torrell Anderson and Eleanor Adele Bergendahl, were both native Chicagoans of Swedish descent. After studying English at Augustana College, Don was briefly a teacher before he entered the field of computer programming in the late 1960’s. He first worked at Edison, then at Kemper. He moved to Scottsdale in 1980, where he was a systems analyst at SRP for seventeen years. Don was passionate about bicycling and rode a recumbent bicycle around the Phoenix area in the 1990’s. He also liked writing and reciting poetry. He was an adventurous eater who loved to cook and was famous for his chocolate sheet cake and barbecue ribs. He has had Parkinson disease for the past twenty-two years. He is survived by his wife Carol Suzanne and her son Ryan, his younger brother Kurt and sister-in-law Barbara, his daughters Kirsten and Mali and their partners Didier and Jay, and his granddaughter Ivy. There will be a celebration of life on Sunday, August 14, 2011 from 1:00-4:00 pm. For details, please call 480-907-7522.
Donations in memory of Donald T. Anderson may be made to Muhammed Ali Parkinson Center & Movement Disorder Clinic, St. Joseph’s Hospital and Medical Center, 240 W. Thomas Rd., Suite 301, Phoenix, AZ 85013

Offer Condolence for the family of ANDERSON, DONALD TORRELL