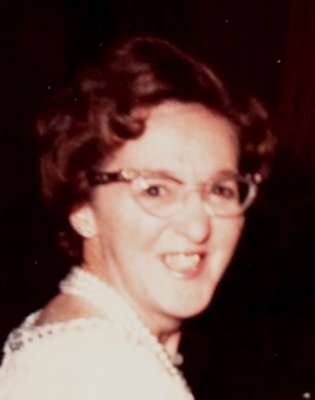 formerly of Wichita Falls, passed away on May 22, 2017 in Scottsdale, Arizona where she has resided for the past two years. Gwennie was born 94 years ago in England and raised in her beloved Dales of Yorkshire. At university in London at the outbreak of World War II, she was conscripted into hospital work and survived the bombing of that great city. During the war, she met and married Robert Andrews who was in England with the Army Air Corps. Making the Air Force his career. Gwennie was by his side over the next twenty-five years, traveling from base to base, including two separate tours at Sheppard AFB. Retiring in Wichita Falls, Bob and Gwennie were active members of the Maskat Shrine until Bob’s death in 1970. Gwennie continued her community service at Sheppard AFB and in Wichita Falls, working in the Base Chapels’ Sunday School programs, hosting foreign pilots in training and assisting in hospitals. Gwennie never lost her lovely accent, nor her positive outlook on life that she has passed on to her son, John Andrews, his wife, Lisa, grandchildren, great grandchildren and her great, great grandson. Please forward condolences and memories to jandrewsinfo@gmail.com
Arrangements entrusted to Whitney & Murphy Funeral Home.

Offer Hugs From Home Condolence for the family of ANDREWS, GWENNIE