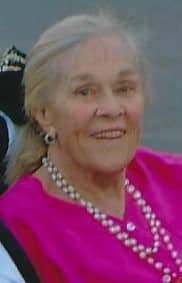 Tookie Ryan was born in Fresno, California on June 17, 1932, the daughter of a farming and ranching family in the California San Joaquin Valley. She spent her formative years in Carmel and San Francisco, California during World War II and recounted to her children her own childhood memories of closing the blinds and keeping all lights off at night and food rationing. She attended Dominican College in San Rafael, California and was a member of the Kappa Kappa Gamma Sorority. Her husband John Appelbe, originally from Pittsburgh, Pennsylvania, was in the produce business and met Tookie in Fresno during a business trip. They married in 1955 and moved to Phoenix shortly thereafter. While raising their 7 children, Tookie tended to her beloved gardens and composted long before composting became widely recognized. Her compost was the rich soil fertilizer she used to create her magnificent gardens that produced fruits, vegetables and an arboretum of trees, shrubs, roses and flowers. Tookie practiced strict recycling as well, a reflection of her dedication to preserving the blessed earth.

As a young girl, Tookie was an avid snow skier and played tennis well into adulthood. Her lifetime adventures included touring Thailand by elephant to adventuring on an African safari with the Maasai to building a church in Ecuador.

Tookie was one of the first Master Gardeners in the Valley and studied Horticulture at Arizona State University. She also volunteered at the University of Arizona’s Maricopa County Cooperative Extension service. Her home’s gardens were featured in Phoenix Home & Garden magazine, the Arizona Republic newspaper and were one of the featured gardens in the 3rd Annual Garden Tour sponsored by the Maricopa County Master Gardeners. Her love of flowers took her to the gardens of England, Ireland, France, Switzerland, Israel, Ecuador, Thailand and Africa.

Tookie’s caring spirit was shared during her time as a volunteer for the Visiting Nurse Service Auxiliary (her children remember going with her to the annual VNSA book sale at the fairgrounds.) Tookie was active in the Diggers Club and served a term as President.
She was a member of The Junior League of Phoenix, volunteered at the Heard Museum, and was a docent at the Phoenix Art Museum for decades.

Tookie and John shared a strong Catholic faith and were parishioners of Most Holy Trinity Catholic Church and St. Francis Xavier Catholic Church. Tookie was a Lady in the Equestrian Order of The Holy Sepulchre of Jerusalem. Their son attended Brophy College Preparatory and their 6 daughters attended Xavier College Prep.

Tookie’s family was far reaching and included many dear life-long friends and relatives from California to Pennsylvania. Tookie’s most treasured times were spent with loved ones, laughing and enjoying the harvests of her gardens while we cherished the harvests of her loving heart. Her home was aways open and was a frequent respite for her grandchildren.

In lieu of flowers, donations may be made in Tookie’s memory to The Agape Fund, an organization that supports Down Syndrome and other intellectual disabilities. https://www.theagapefund.org/donate

Offer Hugs From Home Condolence for the family of APPELBE, DOROTHY “TOOKIE”