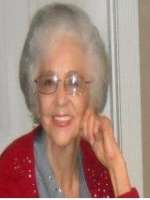 Dionila (Nellie) Archer, 80, of Phoenix, passed away on Saturday, June 22, 2013. She was born to the late William and Gabriella Martinez, February 9, 1933 in Albuquerque, NM. Nellie came from a very large family with eight brothers and sisters. She was the eldest sibling. She was preceded in death by her brother Edward Martinez this March. Nellie has lived in Phoenix for over 38 years.  She worked as a nurse’s aide and home health companion for Sun Health.  She was an active member in her Overeaters Anonymous group,  Saint Jerome Catholic Church and her workout group Silver Sneakers.  She enjoyed movies, exercising, dancing and spending time with her family.  She especially loved to dance and even taught country dancing with her longtime partner Tom Falconbridge. They won several contests through the years. Nellie is survived by three children: Janis Theodore, of San Diego, CA and Fred and Charlene Lula both of Phoenix, AZ.  She is also survived by her brothers Robert, Ronnie, Gary, Michael and Andy and her sisters Gloria Garcia and Lorraine Baca. She is also survived by her companion of over 30 years Tom Falconbridge.  They enjoyed traveling, bow hunting and as mentioned above, country dancing.  Tom tirelessly cared for her over the years and was a great comfort for her and the family in her last days.  The family owes a debt of gratitude for all that he has done. The family also wishes to extend their gratitude to Prime Care Hospice for their excellent support in her final days. A Viewing will be held at 9:30 A.M. at St. Jerome Catholic Church, 10815 N. 35th Ave., Phoenix,  followed by a Funeral Mass at 10:30 A.M. on Monday, July 1, 2013.  She will be interred at 1:00pm at St. Francis Catholic Cemetery, 2033 N. 48th St., Phoenix.

Offer Hugs From Home Condolence for the family of ARCHER, DIONILA (NELLIE)