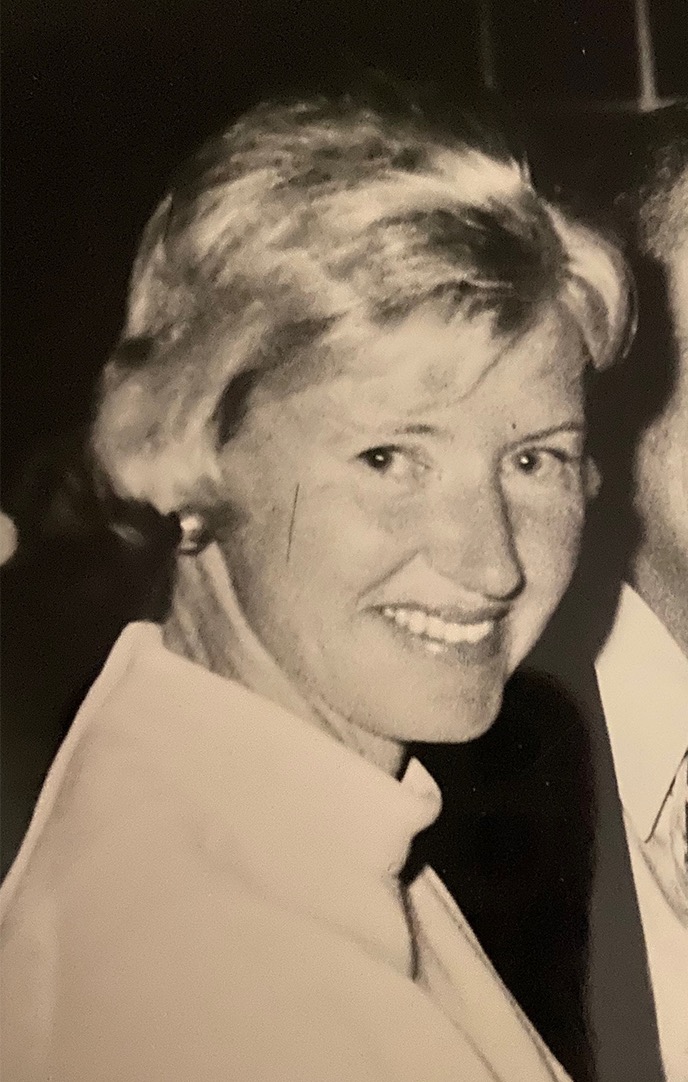 She was born in Oakland, California on March 9, 1928, to William and Dottie Vivian Denton. She went by “Burn” and was quick to correct anyone who incorrectly pronounced her name as Bur-NIECE.

She attended the University of California, Berkeley where she not only developed an interest in politics and history, but also met the love of her life, George “Norman” Armstrong. The two married and moved to Phoenix where they raised their son Cord.

Arizona was a good fit for Burn. She was fascinated by the state’s history. She was a member of Westerners International and volunteered at the Heard Museum and the Phoenix Public Library. Plus, the weather was perfect for an avid golfer such as herself.

Burn was always reading, quilting or working on her award-winning needlepoint. She was a fan of the arts and instilled that enthusiasm in her granddaughter, while her grandson took on her interest in golf. In her downtime, Burn enjoyed drinking wine, playing cards with her family, and filling out crossword puzzles with Norm.

She is preceded in death by her husband Norm, her brother Bill, her sister-in-law Gwen, and her parents. Burn is survived by her son Cord, her daughter-in-law Barbara, her grandchildren Brent and Alejandra and her nieces Leslie and BJ.

There will be a graveside service at 10:30 a.m. on Monday, May 17, 2021 at the National Memorial Cemetery of Arizona, 23029 North Cave Creek Road in Phoenix, where she will join Norm at their final resting place. Please wear a mask if you plan on attending. Condolences may be expressed at www.whitneymurphyfuneralhome.com

Offer Hugs From Home Condolence for the family of ARMSTRONG, BURNICE VIVIAN