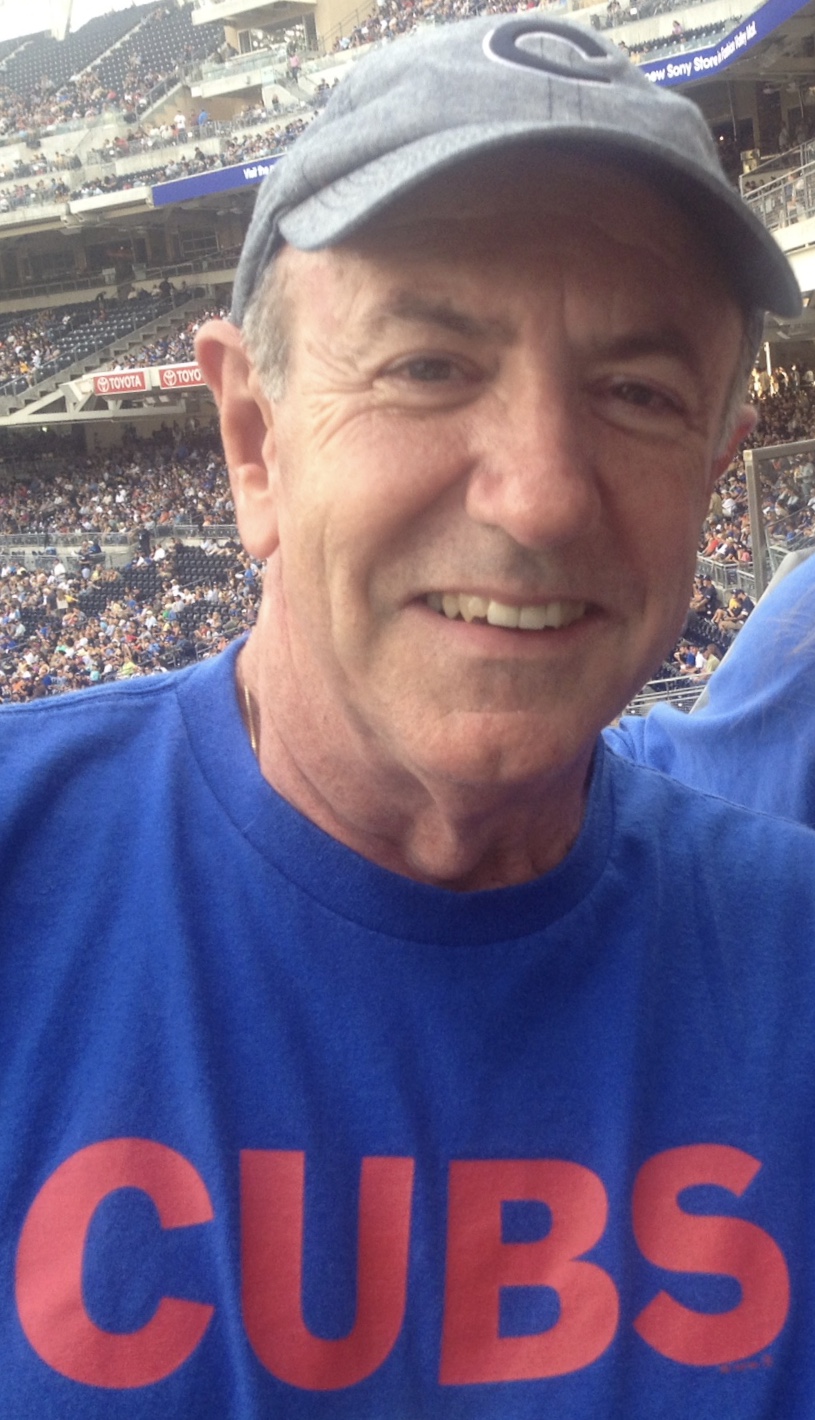 Michael A. Arra, 69, passed away after a long battle with cancer. Michael was passionate about his family, the Notre Dame Fighting Irish, the Chicago Bears and the World Series Champions Chicago Cubs and his three beagles. Depending on the day or season, these passions would vary. Michael was consistent, truthful, ethical, a devoted Catholic, compassionate, a great story-teller and possessed a goofy sense of humor. Born in Oak Park, IL (hence the Cubs’ fan,) he was raised in Galveston and Houston. Michael graduated from University of Houston in 1970 while working his way through college at a local TV station. Graduating with a broadcasting degree, he continued employment at KHOU-TV as a reporter/photographer/producer for seven years, all while balancing raising his first two children, Steven and Katie.
Phoenix is where Michael ended up calling home while still remaining a Cubs fan. Michael formed lifelong friendships, met the love of his life and raised his children Steven, Katie and his youngest son Robert. He had a historic career at KOOL-TV (now Fox 10) where as a reporter/anchor he covered the court, government and election beat. He would conclude his career as the spokesperson at the Arizona Department of Corrections.
With retirement in 2007, Michael had more time to reminisce with TV buddies at an “Old Timer’s” monthly gathering, watch Notre Dame Football & Cubs baseball and volunteer for the Arizona Beagle Rescue group.
Michael’s family gathered around his bedside at a local hospice Thanksgiving week. Like miracle workers, Hospice and the American Red Cross arranged for Robert to come home just in time. Michael knew he was present and shortly after, in the early morning hours of Thanksgiving, Michael passed.
He lived a wonderful and rich life, a life that will be celebrated and a life that his family is thankful for.
Michael is survived by his wife Karen Law Arra, children Steven Arra, Katie Arra Northrop (Shawn) & Robert Arra; grandchildren Ryan, Jake and Gabriella. He is also survived by his sister Mary Feuer, brothers Denis Arra, Mark Arra and Chris Arra (Amy) and many nieces and nephews.
Services will be Friday, November 30, 2018 at 10:30 A.M. at St. Thomas the Apostle Catholic Church, 2312 E Campbell Avenue, Phoenix. Burial will follow the funeral at St. Francis Cemetery. Reception to follow. In lieu of flowers, memorial donations may be made to the American Red Cross of Greater Phoenix, Hospice of the Valley or Arizona Beagle Rescue.

Offer Hugs From Home Condolence for the family of ARRA, MICHAEL