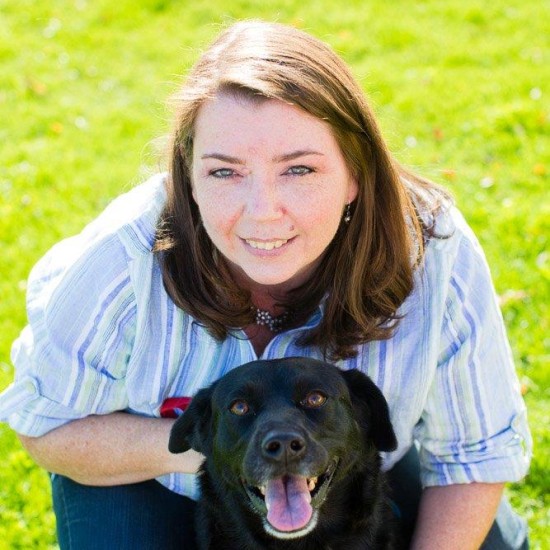 Our dear Geraldine died at home on Thursday, April 5 after a hard-fought battle with brain cancer, surrounded by her family and, we believe, angels and our Mother Mary, to guide her to Jesus, her Lord and merciful Savior, and the new life promised to those who follow Him. She will always be fondly remembered for her quiet yet strong faith in God, her selfless and faithful care for family and friends, her heartfelt love for all God’s creatures, and her creativity. Geri was born on April 8, 1963 in Yonkers, New York, the youngest child of Richard and Theresa Fisher. She was greatly loved by her parents, older siblings and extended family. From a young age and throughout her life, she was always thinking of others and how to make them happy, forgetting about herself. This compassion extended to animals, and she understood in her childhood that her vocation was to become a mother and a veterinarian. She graduated in 1985 from Trinity College, and in 1992 from the University of California at Davis as a doctor of veterinary medicine. Since moving to Arizona with her husband in 1993, she began working for the next 23 years at Family Vet Care of Mesa as a veterinarian. However, upon the birth of her son Peter in 1999, her most important work began, as a mother to her three children. She also made time to serve her church and community, sharing her creative gifts for designing crafts and art at the annual Vacation Bible School at St. Theresa Catholic Church, and volunteering with her children’s schools. To her husband, children, other family and friends, she was an amazing woman, full of love, warmth, and goodness. She is survived by her husband Lars; her children Peter, Evan and Gabriela; her sister and brother-in-law Tracy and Joseph Parlett; her nephew Justin Simons; and her father-in-law Fernando Arriola. Services will include a Visitation will be held on Wednesday, April 11, from 6:00 P.M. to 8:00 P.M., with a prayer service followed by remembrances at 7:00 P.M at Whitney & Murphy Funeral Home, 4800 E. Indian School Road, Phoenix. The Funeral Mass will be celebrated on Thursday, April 12, at 10:00 A.M., at St. Theresa Catholic Church, 5045 E. Thomas Road, Phoenix. Following the Mass will be a graveside service at St. Francis Catholic Cemetery, 2033 E. 48th Street, Phoenix and reception at St. Theresa. Donations in lieu of flowers may be sent her children’s school, Ville de Marie Academy, 7940 E. Roosevelt Street, Scottsdale, AZ 85257.

Offer Hugs From Home Condolence for the family of ARRIOLA, GERALDINE SHELAGH