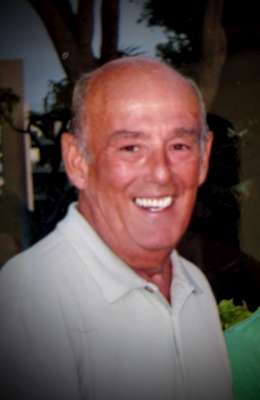 Louis “Bob” Rene Auffret passed away peacefully surrounded by family and friends on August 16, 2016, at age 75. His love of life and memories will live on through his wife, Sarah, and children, Josh (Erin), Amy (Mike), 6 grandchildren (Ava, Wesley, Emery, Josephine, Henry, Caleb), and his brother, Mark (Jeanie).  Bob was born to Louis H. and Pierrette Ledoux Auffret in Chicago, IL on November 2, 1940. He changed his name to Bob before he started 1st grade. He was a Catholic altar boy and attended Catholic military school at the age of 9. He was a long-suffering Chicago Cubs fan who grew up working at Wrigley Field as a “bleacher kid” with his payment being a free ticket to the next day’s game.  At 15, Bob moved to Arizona where he attended Washington High School and later Phoenix College. He eventually graduated from Arizona State University with a Bachelor of Science in Graphic Arts Technology in 1971. Bob worked for a number of years as an offset lithographer and later a salesman for Messenger Graphics, before eventually founding his own craft book publishing company, Leisure Time Publishing, in 1974. The company was a success and lasted all the way up until Bob’s retirement in 1992.  Bob also owned racehorses, and it was horses that led him to Ruidoso, NM in the summer of 1965 where he met the love of his life, Sarah Minger. Never one to waste time, Bob asked Sarah to marry him just six weeks into their courtship. They were eventually married in the spring of 1967, and settled in Tempe, Arizona. Bob went on to found Leisure Time Stables in 1975 which owned and raced horses at Turf Paradise Race Track.  Bob loved visiting Maui in his retirement years, and he and Sarah spent many summers there from 1997 until 2012. He was also an avid moviegoer, loved visiting local casinos (Texas Hold ‘Em was a favorite), and looked forward to visits from his children and grandchildren. And through it all, he was still holding out hope for that illusive Cubs World Series victory. Bob will always be remembered for his larger-than-life personality, outsize sense of humor, and his willingness to help others. His greatest love and passion was his family. He will be dearly missed.  A Memorial Service will be celebrated at 2:00 P.M. on Saturday, August 27, 2016 at Whitney & Murphy Funeral Home, 4800 E. Indian School Rd., Phoenix.  In lieu of flowers, contributions in his memory may be mailed to Westchester Senior Living, 6100 S. Rural Road, Tempe, AZ 85283. Bob’s wife’s mother, Edna Minger, currently resides there.

Offer Hugs From Home Condolence for the family of AUFFRET, LOUIS “BOB” RENE