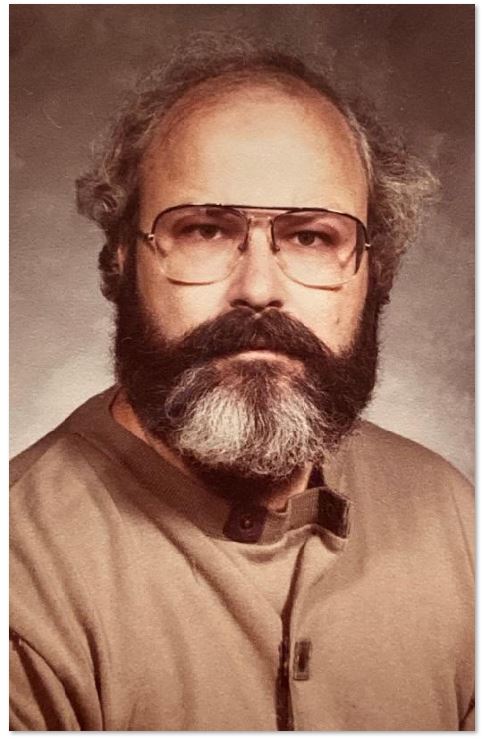 Charles Alan Bailey, a passionate educator with a fierce love of learning and music, passed away November 12, 2022 at age 79. Born in Marion, VA on March 9, 1943 to Roy Lee Bailey and Ennice Brookes Bailey, he grew up alongside his elder brother Robert Edward Lee and younger brother Michael David, graduating from Marion High School in 1961.

Charles later attended and graduated from Concord College with a degree in music education funded in no small part by working summers in the Grand Tetons maintaining trails. He would go on to study the clarinet, flute, and trumpet, along with other instruments, solidifying his love of music which he would share with his future students at Richlands High school as Band Director, a position he held up until the summer of 1972.

He yearned, though, to continue his education, eventually leaving Richlands High School to move west, settling in the Valley of the Sun to study at Arizona State University. He delivered the Arizona Republic morning edition for 14 years to fund an increasingly long list of scholastic interests: Philosophy, Literature, Mandarin, Hebrew, Greek, Russian, Arabic, German, French, Latin, and Spanish. Though he achieved conversant levels of mastery in a majority of the above languages, he was nevertheless always quick to downplay his achievements and assert that he was only fluent in one language – English.

In 1986, he accepted a position in the Scottsdale Unified School District to teach German and French and afterwards moved to Saguaro High School as an instructor of Latin and Spanish. He was a passionate teacher, a devoted advocate of the profession, and was beloved by his students. In a recent and poignant remembrance, a former student remarked that: “Mr. Bailey’s classes were always packed – and that wasn’t because high school kids were dying to study Latin. It was because they wanted to be around and learn from him.” He also assisted and directed various extracurricular clubs and activities that paralleled his interests, sponsoring the Latin Club, Young Democrats, Speech and Debate, and helping film basketball games for Coach Bob Larue, an activity he continued even in retirement.

Charles loved debating politics and philosophy and was an ardent fan of sports and competition. On his final day, he wanted to know if Saguaro High School had beaten Brophy in football the night before. And he never missed an opportunity to match wits during the nightly viewing of Jeopardy, a perfect pairing of all the things he loved – knowledge, competition, and his family. He loved them dearly and was loved by them in return. They will remember him as the man he was: extremely kind, generous, thoughtful, funny, hardworking, and intelligent. He is survived by his wife of 45 years Elizabeth Ann, his two daughters Stephanie and Elizabeth, his two sons Benjamin and Andrew, his previous wife Marian, brother Michael of Smithfield, NC, grandchildren Sophia, Alfonso, Amanda, and Heather, great grandchild Kendilyn, along with many nieces and nephews.

Visitation will be held at 1pm with memorial service at 2pm this Saturday, November 26, 2022, at Whitney & Murphy Funeral Home, 4800 E. Indian School Road, Phoenix. In lieu of flowers, donations can be made to Saint Mary’s Foodbank – condolences can be expressed at whitneymurphyfuneralhome.com.

Offer Hugs From Home Condolence for the family of BAILEY, CHARLES ALAN