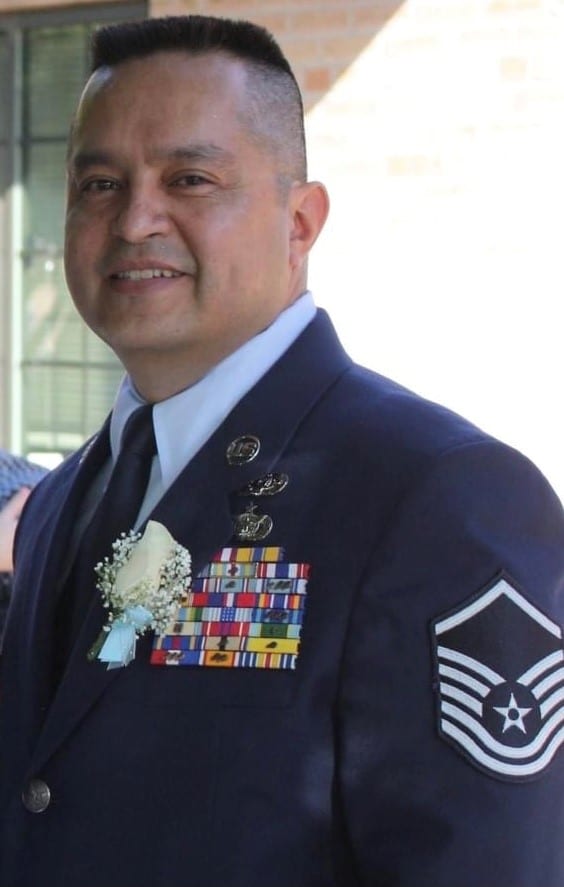 Art Balanon of Phoenix AZ passed away on December 3, 2020 at the age of 55. He is survived by his wife Sally, and three children, Joaquin, Nicholas, Marisa and grandson Kai. He is also survived by his mother, Josefina Balanon, brothers Danny Balanon (Yolanda), George Balanon (Cindy), Frank Balanon (Hilary), Mark Owensby, sister Patsy Castillo (Ivan) and ten nieces and nephews. He was preceded in death by his father Danny Balanon. Art is also survived by his many family members at the U.S. Post Office, the Arizona Air National Guard and his Air Force brothers and sisters that watched his back for many years.

Art attended Saint Mary’s Catholic High School and graduated from South Mountain High School in Phoenix, AZ. Immediately after graduation he joined the Air Force serving for four years. After being honorably discharged, he joined the Arizona Air National Guard aka “Arizona Copperheads”. As a member of the Air National Guard, Art was deployed as part of Operation Enduring Freedom, and countless other missions after that. He proudly served his country for 32 years attaining the rank of Master Sergeant, and officially retiring in 2015.

He found a new family and 2nd career at the U.S. Post Office. He had many friends and softball buddies that will also feel the gap in their lives that only Art and his big heart could fill. Art was the constant rock in so many lives, always there to lean on, silent but a very strong presence. So many of us have drawn on his strength to get us through difficult times. His true love was for his wife, children, grandson, and family. He would have done anything for them.

A Visitation will be held on Thursday, December 10, 2020, beginning at 10:00AM and a Rosary and Scripture Service at 11:00AM at Whitney & Murphy Funeral Home, 4800 E. Indian School, Phoenix. Due to COVID restrictions, the attendees will be limited to 50 people and face masks are required. The Rosary and Scripture Service will be live streamed starting at 11AM at https://www.facebook.com/WhitneyMurphyFH/live/.
Burial will be at the National Memorial Cemetery of AZ 23029 N Cave Creek Rd, Phoenix at 1PM. Condolences may be expressed at www.whitneymurphyfuneralhome.com.

In lieu of flowers, contributions in Art Balanon’s memory can be made to the Wounded Warrior Project https://www.woundedwarriorproject.org/donate .

Offer Hugs From Home Condolence for the family of BALANON, ART