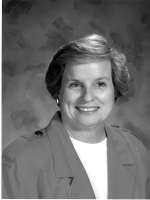 joined the angels on September 12, 2011. She was born April 8, 1937 in Englewood, New Jersey to Lila and Lemuel Lincoln. When she was about three, her family which included her brother Dwight, moved out west and decided to settle in Tucson, Arizona. She attended the Tucson schools and graduated from Tucson High in 1954. She went on to the University of Arizona where she was a pom-pom girl and joined the Delta Gamma Sorority. Her love of travel began in 1958 when she studied a semester in Hawaii. When she graduated from the U of A in 1959 she married her first husband, Dave Carrington. She and Dave moved to San Diego, Calif. where Janet began her teaching career. Soon they moved to San Gabriel, Calif. where they had their first child Colleen. They moved again to Camarillo, Calif. where they had sons David and Daniel. During these years Janet worked diligently to complete her Masters of Education at USC. As her children grew, she enjoyed being a mother, a homeroom mom, and Camp Fire and Girl Scout leader. She also enjoyed belonging to Junior League and her sorority and school Alumni groups as the family moved around finally settling in Paradise Valley, Arizona in 1977. When her children were almost grown she resumed her teaching career in the Paradise School District at Eagle Ridge Elementary School, teaching first grade.
As a single woman again she met William Bale. Her parents, children and 2 grandchildren celebrated their marriage in 1998. She soon retired so she and Bill could enjoy summers in Minnesota and winters in Arizona. This also gave her the time throughout the year to finally travel the world as she had dreamed of. She remained active over the years playing tennis, golf, skiing, horseback riding, fishing and more. She relished life and the adventures it offered. She will be greatly missed by her husband Bill, her brother Dwight and wife Lynne Lincoln, her daughter Colleen and husband Paul Felix, her son David and wife Lynette Carrington, her daughter-in-law Kathy Carrington and her 6 beautiful grandchildren: Brianna and Kristina Felix; Calista, Bryce and Quinn Carrington; and Kira Carrington as well as several nieces and nephews and their families. Sadly, Janet was preceded in death last month by her youngest son Daniel Carrington. A Celebration of Life will be held on Saturday, October 1st, at 11:00am in the chapel at Pinnacle Presbyterian Church, 25150 N. Pima Road, Scottsdale, Arizona (corner of Pima and Happy Valley Roads). In lieu of flowers the family suggests a donation to the Heard Museum in her name, her favorite museum that shares the love of our Arizona Natives and their art: The Heard Museum, 2301 N. Central Ave, Phoenix, 85004 Attn: Dane Boone.

Offer Hugs From Home Condolence for the family of BALE, JANET L