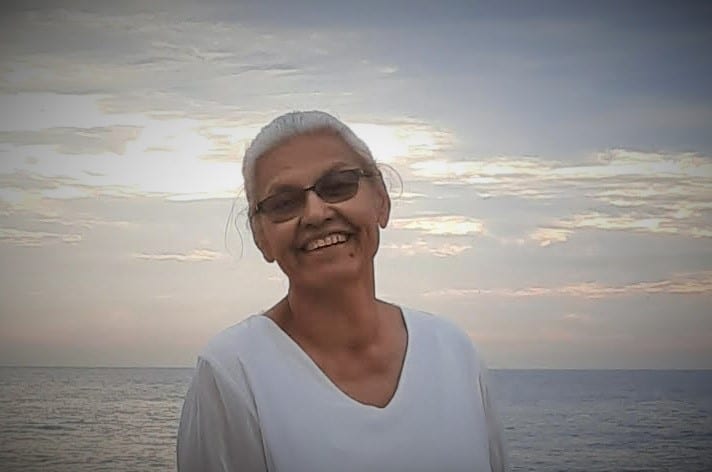 Margaret Porras Baltierrez, 66, went home to our Lord and Savior, Jesus Christ, Tuesday, March 22, 2022 in Mesa AZ with her children by her side. Margaret was born January 12th 1956, in Santa Barbara, Chihuahua, Mexico to Vidal Baltierrez and Margarita Porras. In the early 1970’s, Margaret moved to the United States of America where she would make her life. Margaret was the eldest of 7; two which have preceded her in death. She loved her brothers and sisters, dearly. So much so, Margaret spent her early years dedicated to help raise her brothers and sisters.

Margaret was married to Pete Gonzales in 1973 and in 1976 gave birth to their only son Pete Gonzales Jr. Margaret spent most of her years living in the south side of Phoenix and in central Phoenix where most of her family still resides. Margaret gave her life to the lord sometime in the early 1980s and lead a great life being a humble servant to the Lord. She worked tirelessly doing God’s work and spreading the Gospel. Margaret was proved to be anointed with the Holy Ghost spending her days praying for those in need and in sickness.

She was truly a spiritual leader here on earth.

Margaret in the late 1980s adopted two baby boys, Jose and Guadalupe. In the early 1990s she would also adopt two baby girls, Merna and Olivia. Margaret loved children so much and cared for and raised many in her lifetime. Some would consider her a bonafide “Momma Dukes”. In total, Margaret had five children but spiritually had hundreds of children as she would show motherly love to most of those who crossed paths with her.

Margaret held many jobs throughout her life as she moved out onto her own journey when she was only 14 years old. Margaret attended Maricopa Community College and received a certificate in apprentice meat cutter. Margaret has also worked in a packing shed where she would pick and pack fruit, she also worked in various warehouses throughout the years, Gatorade, Fairytale Brownies, Upper Crust Bakery and La Canasta just to name a few. At each of these places, Margaret has made plenty of lifelong friends and touched many lives. Margaret was a hard worker with great work ethic in all aspects of life.

Margaret will especially be remembered by her kind spirit, merciful and giving heart, her beautiful smile and most of all through her work in God through God.

Offer Hugs From Home Condolence for the family of BALTIERREZ, MARGARET PORRAS