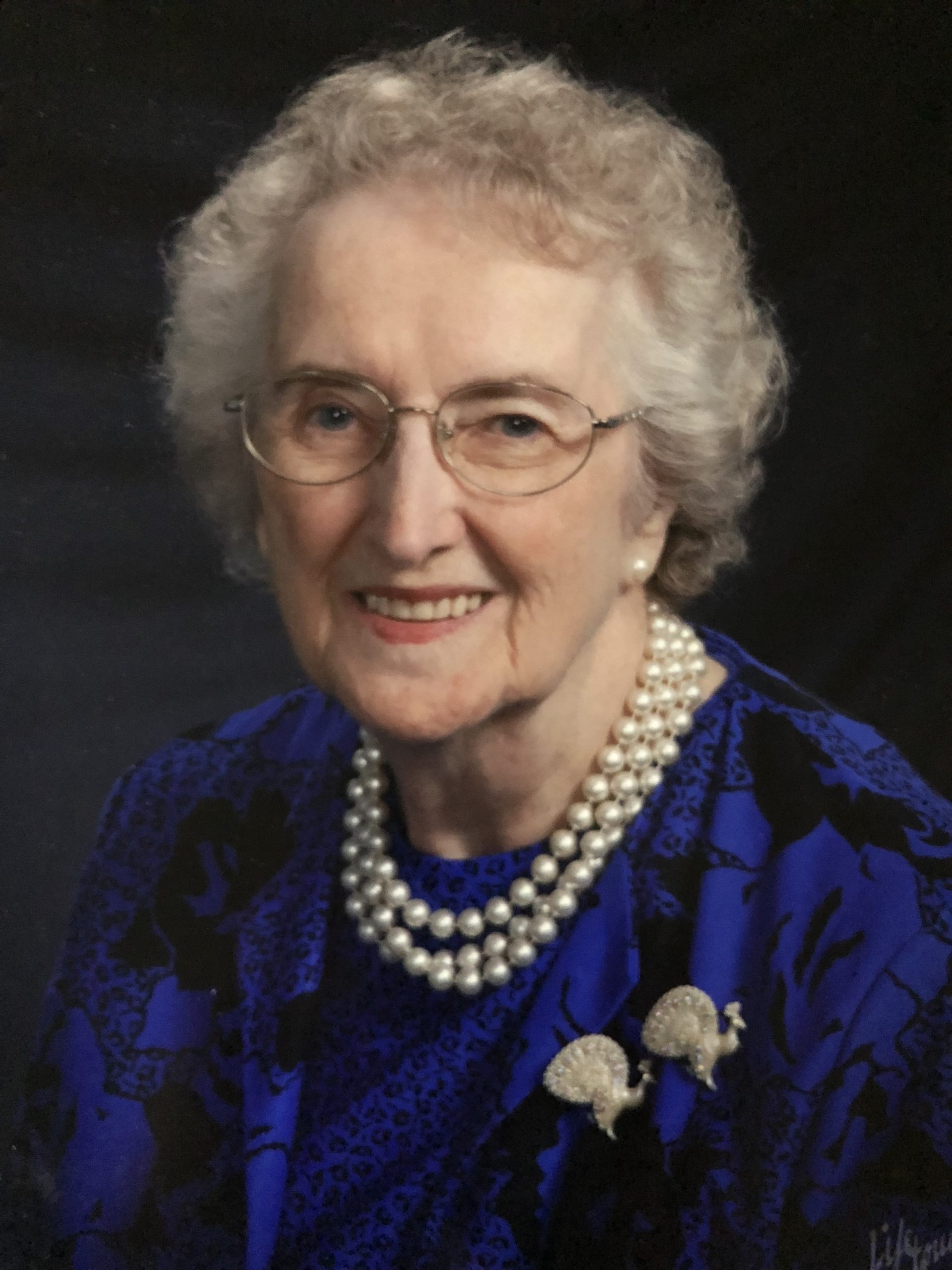 Mildred Louella Wright Barger “Millie” was born to James Alexander and Winifred Wright March 12, 1924 on a farm near Osceola, Iowa. She was 11th in a family of 13 children and passed to heaven February 6th, 2020. Her parents and 11 of her siblings preceded her in death. Mildred married Warren Barger September 26, 1942. He preceded her in death August 16, 2006. She is survived by her daughter, Shirley (Mike) Harrison, her son Steve (Carol) Barger; grandchildren Crystal (Blake) Goodman and Jackie (Jim) Palmer; great grandchildren, Maddison (Sam) Waldo, Taylor Goodman, Dakota, Natalie and Brooklyn Palmer, sister, Nellie Jane Wright and a host of nephews and nieces, cousins and numerous friends.
Mildred was nicknamed “Millie” early in life because two of her older brothers each married a girl named Mildred.
When Millie was eight years old, her 10-year-old sister, Margie, died from kidney failure. The Lord used her death the following spring when an evangelist held revival meetings in their neighborhood. Millie and several others in the family went forward at the invitation to receive Christ. Millie found her assurance of salvation as a teenager at summer camp when she read the words in I John 5:13, “These things have I written unto you that believe on the name of the Son of God; that you may KNOW that you have eternal life.”
Millie became a country schoolteacher, having attended all eight of her own elementary grades in a country school.
The large Wright family entertained each other playing musical instruments and singing with the various harmonies and talents in their family.
During World War II, Millie married Warren Barger and accompanied him to numerous military posts in America during his Navy career. After Warren’s enlistment ended they moved back to Iowa.
Millie was always active in church choir and teaching positions, leading Bible studies and participating faithfully in prayer groups. She started her writing career composing her first published work, a Christmas program for their church. Writing became a lifetime career for Millie with her own publications and later as an editor to assist others with their writing projects. In 1975, she joined a Christian writer’s club in Omaha, Nebraska that was a great help with her published works: 3 books, numerous articles, plays, and skits. Upon her arrival with Warren to live in Phoenix in 1979 she joined another writer’s club until she retired from writing in 2014. For four years she was a speaker in Arizona for Christian Women’s Clubs.
Her life took a new turn and she became caregiver for her husband who was diagnosed with Alzheimer’s disease. Millie kept a journal of her caregiving with Warren that she self-published as her final book, “Alzheimer’s Wilderness Journey”.
Millie became the Wright family historian. She traveled internationally with Warren and made regular trips to Iowa for family celebrations. Hobbies included league bowling with Warren, crocheting afghans and tops for kitchen towels, reading, playing Scrabble, crossword and jig saw puzzles.
Millie wanted to be remembered, not for what she had done, but for who she was: a loving wife, mother, grandmother and “Ggma” (great grandmother). Her goal was to leave a legacy of faith, not only in the Lord as her personal Savior, but with the joy and peace of knowing each one in her immediate family also believed in Jesus.
Her life verse was: “Being confident of this very thing, that He who has begun a good work in you will perform it until the day of Jesus Christ.” Philippians 1:6.
A Graveside Service will be held on Wednesday, February 12th, 2020 at 1:30 P.M. at the National Memorial Cemetery of Arizona, 23029 N. Cave Creek Road, Phoenix. In lieu of flowers, you are welcome to donate to Adoptive Families Coalition at adoptive.org and click the donate button.

Offer Hugs From Home Condolence for the family of BARGER, MILDRED LOUELLA WRIGHT