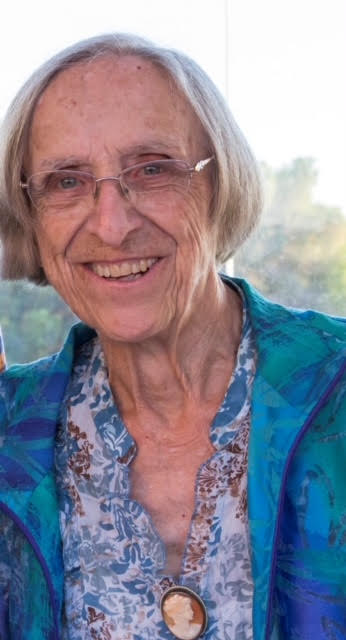 Mary Margaret Barham of Phoenix, Arizona, passed peacefully on March 6, 2021, at the Huger Mercy Living Center.
Mary was born on August 21, 1926, in Hastings, Minnesota, to Dr. Herman A. and Marie M. Fasbender. Mary grew up with her four brothers and a sister, all of whom she loved dearly. Mary graduated from the University of Minnesota, married, and moved to Parker, Arizona, in the early 1950s. She worked for the National Institutes of Health at the Parker Indian Hospital as a nurse and radiologist. Mary developed strong, lasting friendships with many Colorado River Indian Reservation members before moving to Phoenix, Arizona, in 1966 with her three sons. She continued her support of the research on the impact of diabetes on native Americans until she retired in the early 1980s.

In 1984 Mary was remarried to Herbert Barham, with whom she enjoyed an active life splitting time between Phoenix and Munds Park, where they had a summer home. Mary and Herb loved playing bridge, Bunco, and social settings such as the Elks Club. They also enjoyed music, travel and delighted in spending time with their family, actively supporting their grandchildren at concerts, sporting events, school plays, and graduations. Shortly after Herb’s passing in 2017, Mary moved into the Huger Mercy Living Center, where she enjoyed her last few years.

Mary exhibited a strong sense of social commitment throughout her life. She loved helping people, whether supporting members of the Indian reservations where she worked, volunteering for student reading programs at local schools, or taking leadership roles in various organizations such as The Women’s Club of Phoenix. Mary was also deeply religious. While living in Parker, she enjoyed being the organist for the Sacred Heart Catholic Church and, after she moved to Phoenix, became a long-time supporter of St. Thomas the Apostle Catholic Church of Phoenix.

A Funeral Mass will be held at St. Thomas the Apostle Church, located at 2312 E. Campbell Ave, Phoenix Arizona on Saturday, March 27, 2021 at 10:30am. Interment will follow at St. Francis Catholic Cemetery. Condolences may be expressed at www.whitneymurphyfuneralhome.com

Offer Hugs From Home Condolence for the family of BARHAM, MARY MARGARET