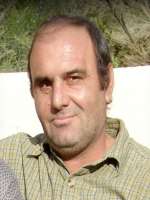 Nedjeljko Barisic, also known as Nidzo and Ned was born January 31, 1962 in Kotor Varos, Bosnia.  He was one of six children to Josip & Ivusa Barisic.  He rose to the top of his class in high school, excelling in especially math.  He then went on to receive vocational training graduating from Jelsingrad as a machinist.  He proudly served in the Bosnian Army during the Civil War in 1992.  He fought to save his town and when placed as a prisoner of war, he gave others his food in the concentration camps.  Resilient in spirit, he then came to America in 1994, settling in Phoenix, Arizona.  Here he met the love of his life, Lydia Kassemos, they married at Brophy Chapel in 1996.  He worked for many years at the Heil Corporation and for over eight years at VMI as a machinist.  He died of a heart attack surrounded by his family with love at the Mayo Clinic on October 11, 2013.  He is survived by his wife Lydia Barisic, mother Ivusa, brothers, sisters, step-daughter Sarah Hauer, son-in law Adam Hauer and granddaughter Rachel Hauer.  Nedjeljko was a genuine, loving and faithful man and will be dearly missed. Visitation will be held from 6-8pm with a Scripture Service at 6:30pm, Wednesday, October 16th 2013 at Whitney & Murphy Funeral Home, 4800 E. Indian School Road, Phoenix.  Funeral Mass will be at 10am, Thursday, October 17, at St. Francis Xavier Catholic Church, 4715 N. Central Avenue, Phoenix. Interment will follow at St. Francis Catholic Cemetery.

Offer Hugs From Home Condolence for the family of BARISIC, NEDJELJKO