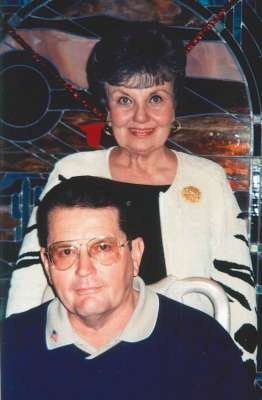 Colonel Barnes passed away November 19, 2014 after a courageous battle with cancer caused by Agent Orange. Tom had a Military Funeral Service December 4, 2014 and is buried at the National Memorial Cemetery of Arizona. He was born to Russell and Violet Barnes on November 26, 1944 and they moved to Arizona in 1946.

Colonel Barnes entered the Army in 1969, receiving his commission through the Reserve Officer Training Corps at Arizona State University. He also received Master’s Degree from Florida Institute of Technology in Procurement and Contract Administration. He was a graduate of the Armed Forced Staff College and the Defense Systems Management College Program Manager Course.

Colonel Barnes served as both an Infantry Platoon Leader and Company Commander in and out of combat; as a Battalion Personnel Officer, Intelligence Officer, Operation Officer, Logistics Officer and Executive Officer during tours in CONUS, Europe and the Republic of Vietnam. He also served as Local Purchase and Commodity Chief in an Army Corps Material Management Command, Fort Hood, Texas; as the Supervising and Purchasing Contracting Officer of the Sacramento Army Depot, Army Material Command, Sacramento, California; as the Chief, Contract Management Division, Defense Contract Administration Services Management Area (DCASMA), Seattle, Washington; as the Commander of DCASMA Seattle; and in the Deputy Assistant Secretary of the Army (Procurement) office in Washington, D.C. where he served on the Department of Army Procurement Management Review Team and as the Officer responsible for Proponency Management of the Army’s Contracting and Industrial Management Officers. He also served as the Commander of Defense Plant Representative Office (DPR) Ford – Newport Beach, California; and as the Western District Chief of Staff.

After retiring from the Army in August 1995, he went to work in Business Development for a company doing government contracting with hospitals, Native American facilities and maintenance employees. Tom worked for this company until shortly before his death.

Colonel Barnes was a true patriot. He loved his country, the Army and was completely dedicated to his endeavors and those with whom he worked. He loved his family and friends – always welcoming challenges. He loved to play golf, draw cartoons and tell stories. His fun-loving ways brought joy to many. He always said, “No matter what, the sun will always shine tomorrow.”

Tom lived life to the fullest. His military career provided so many opportunities. All the traveling enabled us to see so much of the world and make wonderful friends that will last a lifetime.

Tom was preceded in death by his father. He is survived by his wife Judy of 48 years, his mother Vi Barnes and sisters Sandy Oller and Karon Bailey. Tom is also survived by five nephews; Gregg Buechner, Scott Buechner, Mike Oller, Brian Oller and Matt Beulen, as well as his goddaughter Kim Hamilton.

Many wonderful years were shared and I am thankful for our life together. I am also grateful he now at peace and no longer suffering. Tom was the love of my life and I will miss him dearly.

Offer Condolence for the family of BARNES, COL. THOMAS R.