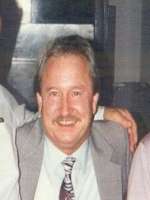 70, born December 30, 1942 in Shelby, North Carolina.  The adored son, brother and loving father passed away Tuesday, August 27, 2013 in Phoenix, Arizona.  After graduating from Phoenix Union High School, he went into the Army.  Upon his Honorable Discharge he began his career with ADOT in the Motor Vehicle Division.  With his continued service he was promoted to General Operations Physical Plant Director.  He enjoyed spending time with his family and friends.  He is survived by his mother Bridget Alcantar, sisters Martha Medina and Connie Amaro, brother Tony Alcantar, children Jessica Thompson, Tom Barnes and Jason Barnes and 6 grandchildren.  A Celebration of his life for family and friends will be held at the Sheraton Crescent Hotel, 2620 West Dunlap Avenue, Phoenix on Saturday, September 7 from 4:00-7:00 pm.  Arrangements entrusted to Whitney & Murphy Funeral Home.

Offer Hugs From Home Condolence for the family of BARNES, JOSEPH THOMAS