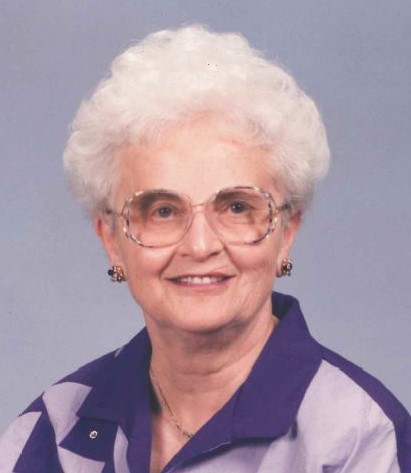 Passed peacefully on March 29, 2018 in Tempe, Arizona after a long and beautiful life. She was a saved Christian since a young woman, having been lead to Christ in the Billy Graham tent crusade in Los Angeles in 1949. Born June 25, 1923 in Chicago, Illinois. She loved her birthdays and told friends and family it would be “only 6 months till Christmas.” She also lived in Indiana, California and Arizona. Most of her life was in Hawthorne and Simi Valley, California. Married Ernest Edward Barnwell on April 1, 1941, in Las Vegas, Nevada, who predeceased her. She was married to her Ernie for 47 years.
She worked in food service and health care and as a homemaker. She also was a very active volunteer serving the YMCA, Girl Scouts of America and the United Methodist Church. She loved and cared deeply for her neighbors, friends and family. She and Ernie had two children, Judith Ann Barnwell Hunter of Phoenix and Robert Edward Barnwell of Columbia, SC. They had five grandchildren, Michael Edward Hunter of Phoenix, Gloriana June Hunter of Phoenix, Sarah Marie Hunter English of Mesa, Lisa Dianne Barnwell Pierce of Winston-Salem, NC, and Jeremy Craig Barnwell of Hanahan, SC. She also had eleven great-grandchildren. Gloria will be interred with many of her family in the Green Hills Cemetery in Palos Verdes, California in May 2018. Memorials may be sent to the Valley of the Hospice, 1510 E. Flower Street, Phoenix, AZ 85014, or to the donor’s favorite charity. Arrangements entrusted to Whitney & Murphy Funeral Home.

Offer Hugs From Home Condolence for the family of BARNWELL, GLORIA YORKEY