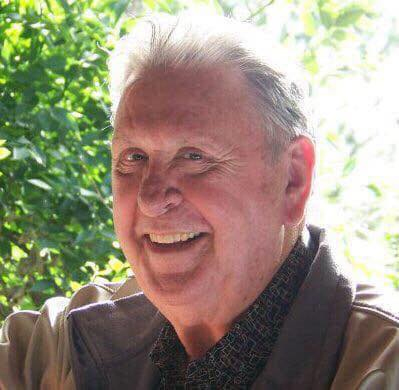 Following a battle with Alzheimer’s and cancer, Timothy A. Barrow, age 85, a resident at the Atria Residence in Sun City, left his loved ones on Saturday, March 16, 2019. Tim was born in Franklin, Pennsylvania January 30, 1934 to Charles and Julia (Henderson) Barrow. He moved to Arizona as a young boy and lived in many places in the Phoenix area including Litchfield Park, Scottsdale, Goodyear, and Sun City.

Tim attended school at Litchfield Park, New Mexico Military Institute and graduated from college with a degree in Political Science. Upon graduation he enlisted in the Army and served in West Germany. Upon returning to the United States, he became a bank trust officer and a Director at St. Joseph’s Hospital. In 1966 he was elected to the Arizona House of Representatives. During his term in the House, he sat on the Ways and Means Committee, was majority whip in 1969 and Speaker of the House in 1971. He was elected Mayor of Phoenix in 1973. Tim traveled the state extensively when he was the Race Commissioner, overseeing both horse and dog racing.

After retiring, Tim and Sharon, his wife of 22 years enjoyed traveling and spending time with family and friends.

Tim was preceded in death by his parents and sister, Cinda Weaver. He is survived by his wife Sharon, sons Todd of Ramona, California, Thomas of Las Vegas, Nevada, stepsons Dennis of Kalispell, Montana, Rick of Great Falls, Montana, daughters Sandra and Susan of Scottsdale, Sheryl of Phoenix, step-daughters Debra of Pasco, Washington, and Dee of Seattle Washington, many grandchildren and great-grandchildren.

In lieu of flowers, donations to can be made to the American Cancer Society or the Alzheimer’s Association.  Condolences may be expressed at www.whitneymurphyfuneralhome.com

Offer Hugs From Home Condolence for the family of BARROW, TIMOTHY A.