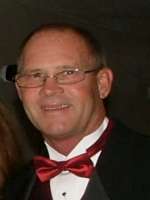 Michael Bauer, 54, passed away December 25, 2011. Born on August 31, 1957 in Phoenix, AZ to Dick and Nancy Bauer. He is in heaven to meet his namesake maternal grandfather, Kent Moody and reunite with his grandmother, Von Moody, along with his beloved Samoyed, Beau, whom he “adopted” after dog-sitting and “forgot” to return him back to his sister-in-law, Sue. A caring son, and protective brother; he is survived by his parents and siblings, Debbie (Wayne) Boese, Sue (Marty) Bauer Soto, and Rick (Sue) Bauer. Kent was an involved uncle and active in the lives of Charles, Nicholas and Adam Bauer; and Wesley, Dylan, and Sarah Boese. He enjoyed visiting with his aunt and uncle, Don and Jean Stack and cousins in California. Kent loved the outdoors, especially riding quads in winter. He was an avid hunter, golfer and sports fan, especially Major League and ASU baseball. A Phoenix College graduate, Kent liked carrying on the family tradition of working in the tire sales field in California and Arizona. His family would like to thank his girlfriend, Sheila Lehker, along with the Woods, Holloway, and Hammond families for their love and support, especially in recent months. A true giver to the end, Kent was able to give the gift to others through his donation to the Donor Network. A Funeral Mass will be held at St. Mary’s Basilica, 231 N. 3rd St., Phoenix, at 10:00am on Wednesday, January, 4, 2012 followed by a lunch gathering in the church social hall (parking garage NW corner 5th St and Monroe). In lieu of flowers, donations in Kent’s name may be made to Maricopa County Animal Care & Control, 2500 S. 27th Ave., Phoenix AZ 85009 or Society of St. Vincent de Paul, PO Box 13600, Phoenix, AZ 85002. 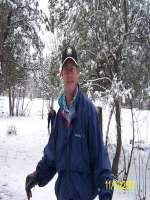 Offer Hugs From Home Condolence for the family of BAUER, KENT MICHAEL