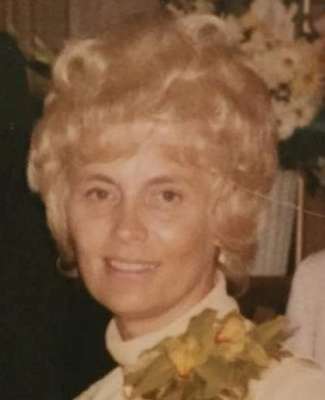 Marilyn Virginia Bauer (nee Marilyn Carpenter Strahl) passed away on Thursday, March 31, 2016 after a short illness while at Banner Gateway Hospital in Mesa, AZ. She was 87 years old.

Marilyn is survived by three of her children Nancy Bauer Taylor (Bruce) of Indianapolis, IN, David Bauer of Wildomar, CA and Paula Bauer Thatcher (Kim) of Chandler, AZ, her siblings Donald Strahl (Leah) of Milwaukee, WI and Donna Bolstorff (David) of Wirt, MN, 10 grandchildren and 5 great-grandchildren. She is preceded in death by her parents Arthur Carpenter of Tracy, MN, Myrtle Carpenter Strahl and step-father Arthur Strahl of Faribault, MN, her husband Dr. Paul Bauer of Peoria, AZ, her son, Jeffrey Bauer (Linda) of Plano, TX and her sister Geraldine Schreyer (Donald) of Faribault, MN. Marilyn was born on February 19, 1929 in Tracy, MN to Arthur and Myrtle Overlee Carpenter. After attending St. Barnabas School of Nursing in Hennepin County and becoming an RN, she married Dr. Paul Bauer on June 17, 1950 and they soon made their home in Faribault, MN where they raised their family. Marilyn was an RN at District 1 Hospital in Faribault where she enjoyed working in the Recovery Room for many years. She became an accomplished pilot and she was a member of the Ninety-Nine’s, an International Organization of Women Pilots. An avid golfer, Marilyn was a member of the Faribault Country Club where she loved to play the game. She was a naturalist and loved the outdoors. The Bauer Family were members of First English Lutheran Church of Faribault. After the family had grown, Dr. and Mrs. Paul Bauer moved to Arizona where Marilyn continued her work as a Recovery Room RN and loved spending time at the family cabin in Sedona, AZ where she would take daily nature hikes.   She soon became a skilled photographer and was rarely seen without her camera. She devoted much of her time learning about the Southwestern Native American people, their culture and their history. Marilyn was also a long time volunteer at the Deer Valley, AZ Rock Art Center and Deer Valley, AZ Petroglyph Preserve as well as a frequent visitor at the Glendale, AZ Adult Center. A Graveside Service is scheduled for Friday, April 15, 2016 at 12:30 PM at the National Memorial Cemetery of AZ located at 23029 North Cave Creek Road, Phoenix, AZ where Marilyn will be laid to rest next to her husband. In lieu of flowers, donations can be sent to Deer Valley Petroglyph Preserve at 3711 W. Deer Valley Road, Glendale, AZ 85308. You are invited to contact the family with condolences at TheMarilynBauerFamily@gmail.com

Offer Hugs From Home Condolence for the family of BAUER, MARILYN

Failure notice from provider:
Location does not exist.