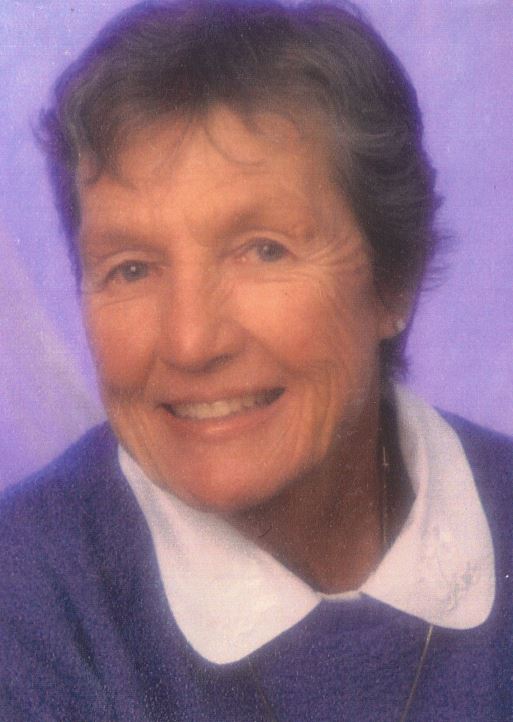 MaryElaine Baumann, 92, passed away on August 14, 2018 in Phoenix, Arizona. She was born on April 8, 1926 in Sheldon, Iowa. She was the fifth of seven children born to Al and Irene Zimmer. She outlived her parents and all of her siblings. She is survived by three of her four children, Laura Eckman Atwell (spouse: Pete Atwell) of Cave Creek, AZ; Mark Eckman (spouse: Laura Murphy Eckman) of Warsaw, IN; and Peggy Eckman of Costa Mesa, CA.  Another son, Scot Eckman, predeceased her in 1988.

MaryElaine went to grade school and a parochial high school, living in Cherokee, and then Storm Lake, Iowa.  She told stories about her early years in school including when she skipped school to see the movie, “Gone with the Wind,” and ended up sitting right behind the parish priests.  Her mother knew about her transgression before she even got home.

For college, Mary went to Creighton in Omaha, Nebraska to study nursing. In 1947, she graduated nursing school and moved to Chicago to live with her brother, Don Zimmer.  There she met and married Robert W. Eckman in Chicago in 1949. They were married 44 years and had four children moving to homes in Illinois, Wisconsin, Ohio and finally, Arizona in 1977.  Bob Eckman passed away in 1994 and MaryElaine married Raphael (Ray) Baumann in 2005.  They were married for nine years until Ray passed away in 2014.

MaryElaine lived in Phoenix since 1977 where she was a registered nurse for many years at what was then Doctor’s Hospital.  In her later years she was a compassionate volunteer for Hospice of the Valley, and served as a Eucharistic Minister and a long-time Sodality member at St. Thomas the Apostle Roman Catholic Church. She made lunches for the church staff, and was known for her efficient work at the Lenten fish frys, rummage sales and many other Church activities. She played bridge two or three times a week, and often entertained her children, grandchildren, great grandchildren, and nieces and nephews. When she and her husband, Bob Eckman moved to Arizona, they began the tradition of gathering the Zimmer family for reunions at their home every year. She was known for her fierce independence, beaming smile and wicked sense of humor.  She was a devout Catholic, a terrific mother, grandmother, great grandmother, friend, and neighbor, sharing her beautiful smile and big heart with everyone.

A Funeral Mass will be held at St. Thomas the Apostle Catholic Church, 2312 E. Campbell Ave, Phoenix on Saturday, August 25 at 10:30 a.m. The Mass will be followed by a reception in the Church Hall. Interment will be on Monday, August 27, 2018 at 9:00 a.m. at the National Memorial Cemetery of Arizona, 23029 North Cave Creek Road, Phoenix.

In memory of MaryElaine, donations may be made to Hospice of the Valley, Phoenix, AZ, (www.hov.org), or the Arizona Humane Society. Both organizations were near and dear to MaryElaine’s heart.

Offer Hugs From Home Condolence for the family of BAUMANN, MARYELAINE