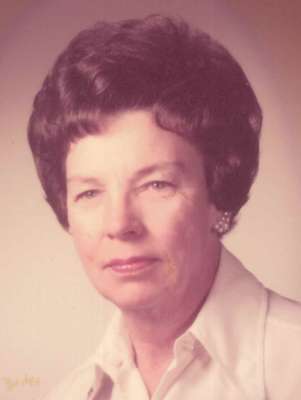 Pauline Hickcox Bayless, age 99, passed away peacefully on Friday, April 24, 2015. She was born in the mining town of Dawson, New Mexico on April 9, 1916 to Betsey Hall Hickcox and Charles Buchanan (Chas) Hickcox. Her family moved to the new copper mining town of Inspiration, Arizona in 1920 as Chas accepted the position of manager of the company store, Warrior Cooperative Mercantile. Pauline attended Benjamin Franklin School in Inspiration and Miami High School, graduating in 1933. She went on to the University of Arizona, a rare occurrence for a young woman in those days. On her first day on campus, Pauline enjoyed her first cigarette. Pauline pledged Gamma Phi Beta sorority and cherished her membership and sorority sisters throughout her life. There are many pictures of Gamma Phi road trips to Nogales, Vancouver, San Francisco and other interesting places. One day on a visit to the University Library, she saw her brother, Charles, who introduced her to one of his Phi Gamma Delta fraternity brothers, Bob Bayless. They courted but she graduated before Bob and moved to Scottsdale where she taught history at Scottsdale High School. She sponsored the first dance at the school and made sure that all the students enjoyed their high school years. She stayed in contact with these students for the rest of her life. In fact, some of them were fellow residents with her at the Terraces. Pauline and Bob married in Miami, Arizona in 1940 during World War II. Pauline had to quit her job at Scottsdale High since jobs were scarce and married women had to give their positions to others. In 1941, against their families’ advice, the young couple founded Valley Sheet Metal Company and introduced air conditioning to the Valley of the Sun. They complained about the growth of Arizona, but they were the ones primarily responsible. Pauline and Bob were married for 70 years. Upon hearing of Pauline’s death, one person noted “Phoenix would not be Phoenix without Pauline Bayless.” She settled in a very small city with few amenities, but she went to work to correct that. She was instrumental in the development of St. Joseph’s Hospital and helped found the Women’s Auxiliary. Although she was an officer in the organization, her favorite task was wheeling the library cart from room to room and sharing books and conversation with the patients. She was the Treasurer of the Arizona Chapter of the American Cancer Society for many years. She raised a great deal of money and, in 1965, she welcomed Gregory Peck to Arizona to participate in the Cancer Ball fundraising. She was active in the early days of the Phoenix Art Museum and was particularly interested in the creation of the Costume Institute. Always a committed Roman Catholic, she was involved in many fundraising efforts for St. Francis Xavier parish, Xavier College Preparatory and Brophy College Preparatory. There is a scholarship in her name at Xavier. Anything involving the University of Arizona Wildcats was a passion. She was a member of the President’s Club and served on the Alumni Association Board to name a few. Don’t get her started on a UA vs. ASU game. Pauline became a Republican when her friend, Barry Goldwater, ran for President. She served as a Republican precinct committeeman for more than 30 years. Pauline was social to a fault; she was always the last person to leave any gathering because she was so busy talking. Her husband could often be heard saying “Goodbye, Pauline” and then waiting in the car. Whenever Pauline had a conversation with anyone, anywhere in the world, she would always find a connection and often mutual friends and acquaintances or even relatives. Pauline and Bob traveled the world, visiting more than 60 countries. Their motto, “One by Air, One by Car,” took them as some of the earliest travelers to Vietnam, China, the Arctic Circle and the Alcan Highway. They traveled by Volkswagen or motor home from Arizona to Nova Scotia, to Panama, to the Baja Peninsula, and all parts of Mexico, etc. Pauline preferred the jets, while Bob liked to drive, thus the compromise. Pauline is survived by her brother, J. Cole Hickcox, and her four children, Robert L. Bayless III (Nancy), Betsey Bayless, Kaki Bayless Rowland and Polly Bayless Fitz-Gerald (Mike). She is also survived by six grandchildren, Bill Bayless (Liz), Jim Bayless (Katie), Rita Becker (Richard), Chris Rowland (Julie), Matthew Fitz-Gerald (Valerie), and Mackenzie Fitz-Gerald, eight great-grandchildren, and many nieces and nephews. She was preceded in death by her husband, Robert Lee Bayless, Jr., parents, Betsey and Chas Hickcox; her brother, Charles Buchanan Hickcox, Jr.; and her grandson, Robert Lee Bayless IV. A funeral mass will be said in her honor on Tuesday, May 5, 2015 at 10:00 am at St. Francis Xavier Church, 4715 N. Central Avenue, Phoenix, Arizona. Memorial contributions may be made to the Bayless Scholarship at the Xavier Foundation, 4710 N. 5th Street, Phoenix, AZ 85012 or the University of Arizona Foundation Bayless Memorial Fund, PO Box 210109, Tucson, AZ 85721. The family would like to thank the staff at the Terraces and Hospice of the Valley. Vaya con Dios, Pauline, and Bear Down, Arizona.

Offer Hugs From Home Condolence for the family of BAYLESS, PAULINE HICKCOX