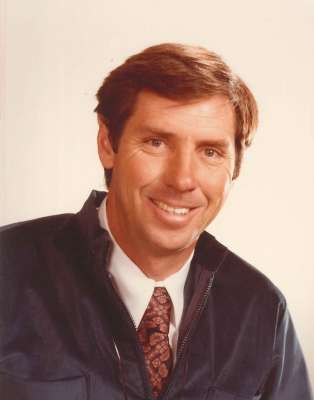 Robert L. Bayless III passed away August 18, 2015. Bob was born in Phoenix on September 2, 1942 to Pauline Hickcox Bayless and Robert L. Bayless, Jr. He attended St. Francis Grade School, Brophy, and the University of Arizona. He was a member of Phi Delta Theta Fraternity. After college, Bob began work in the insurance business and created Bayless and Associates General Insurance Agency in 1970. Bob was a first rate-pilot and flew his own plane for business and recreation. Bob was an avid hunter and master camper. He was a loyal member of the Phoenix Thunderbirds. Although he was a so-so golfer, he enjoyed many games of golf at the Phoenix Country Club and White Mountain Country Club. We admired Bob for handling his health challenges with a positive attitude, remarkable grace and even humor. We hope he will be remembered as the guy who loved his family, working, flying, traveling (especially to Mexico), social gatherings, anything outdoors and hot dogs. He was a generous loving husband, an excellent father and a proud grandfather. Bob was preceded in death by his son Robert L. Bayless IV and his parents. He is survived by his wife, Nancy, sons Bill (Lizzie) Bayless and Jim (Katie) Bayless, his grandchildren Kolbe Bayless, Katie Bayless, Henry Bayless and Woody Bayless and his sisters Betsey Bayless, Kaki Rowland, Polly (Mike) Fitz-Gerald and their families. Our heartfelt thanks to FirstLight HomeCare, Kim Keckhut and Nancy Gustavson. Funeral Mass will be held at 4:00 PM, Wednesday, August 26, 2015 at St. Francis Xavier Catholic Church, 4715 N. Central Avenue, Phoenix, Arizona. In lieu of flowers donations may be made to Brophy College Prep, 4701 N. Central Avenue, Phoenix, AZ 85012 or Hospice of the Valley, 1510 E. Flower Street, Phoenix, AZ 85014.

Offer Hugs From Home Condolence for the family of BAYLESS, ROBERT L. III