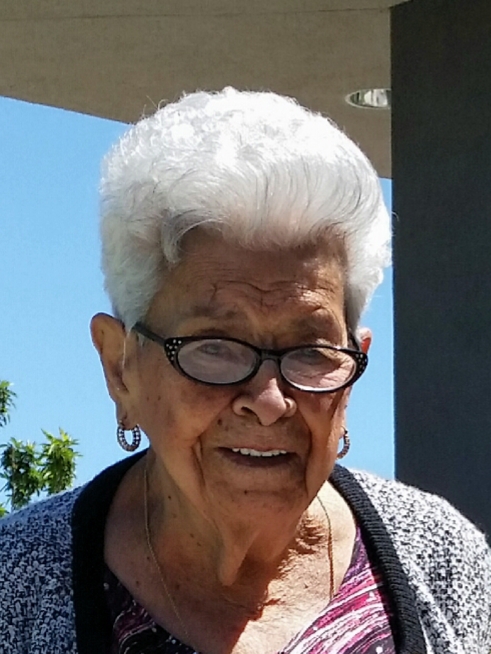 Consuelo R. Bazan, 96, of Phoenix passed away on April 14, 2019. She was born in Phoenix on September 4, 1922 to Abraham and Frances (Beltran) Roman. Consuelo attended Wickenburg High School. She retired from Honeywell after many, many years. She is survived by her children Charles (Sylvia) William (Terry), Sally (Randy) Chambers and Michael, 13 grandchildren and 16 great grandchildren. Consuelo was preceded in death by her husband Charles Jr., son Richard and sister Lucy Ramirez.
Visitation will be held at 10:00 a.m. and a funeral service at 11:00 a.m. on Saturday, April 20, 2019, at Whitney & Murphy Funeral Home, 4800 E. Indian School Road, Phoenix. Burial will follow at St. Francis Catholic Cemetery.
Donations may be offered to Hospice of the Valley, 1510 E. Flower Street, Phoenix, Arizona 85014.

Offer Hugs From Home Condolence for the family of BAZAN, CONSUELO R.