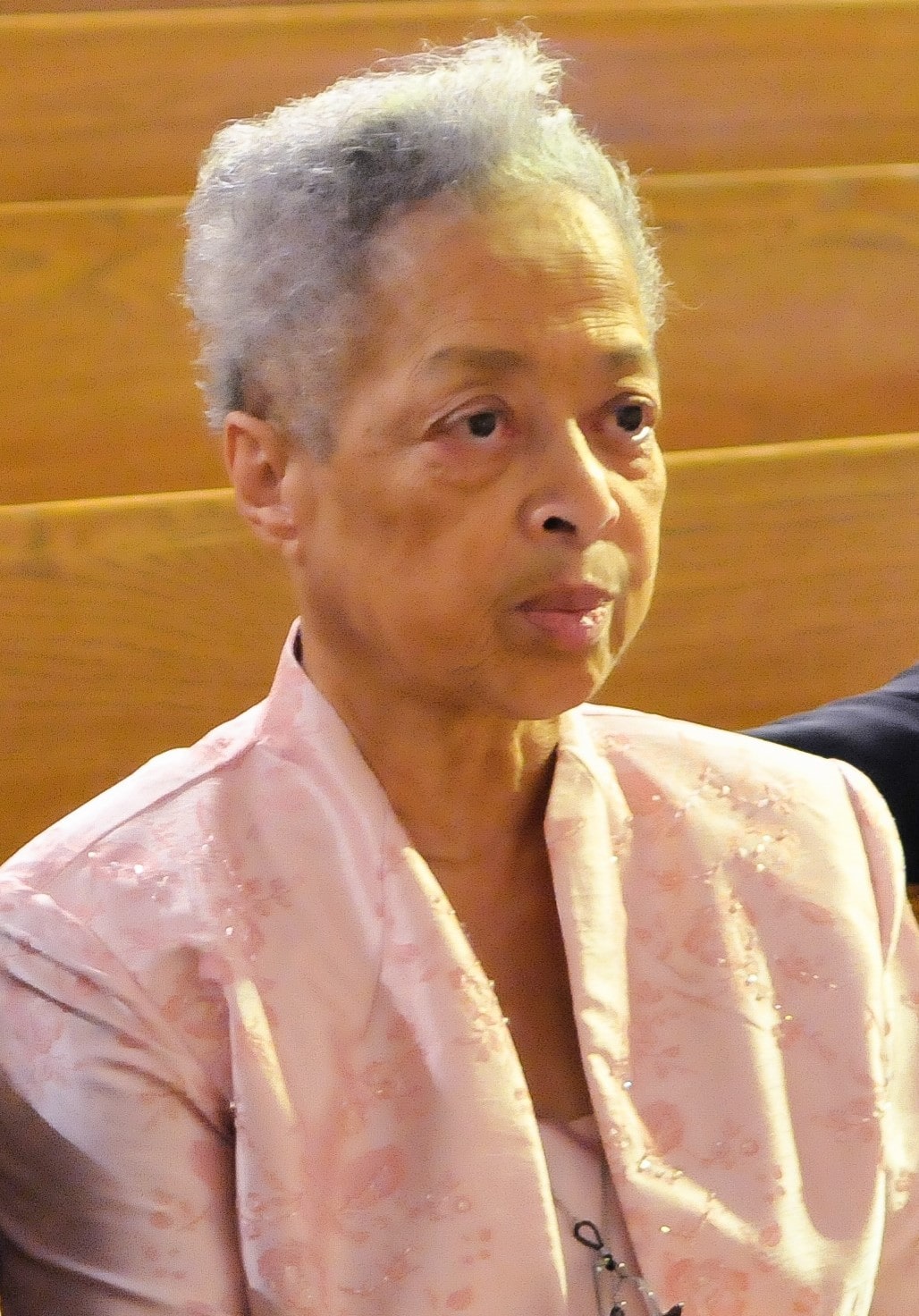 “You know you’re not allowed to have a beard.” A familiar remark for my brother and I (when too lazy to shave or dared to let it grow), from a mother who taught us the meaning of and respect for, discipline. A made bed, a clean room, proper grooming, these were only the beginning of a lifetime of teachings that will be with us forever.

Our mother, Marian J. Bell was called home on Sunday, April 5, 2020, on Palm Sunday. It was a beautiful day. She follows the death of her husband, and our father, Howard L. Bell. She was 87 years old. She is survived by her two boys, Howard IV, and Conrad, four grandchildren, and a large extended family.

Marian was one of twelve children born to Mahone and Ruby Scott in Philadelphia, Pennsylvania. An over-achiever, Marian served in the U.S. Army as a Major, a nurse and head of a nurse’s corps during the Vietnam war. Serving in a MASH unit, she was wounded, decorated, and recognized for her meritorious service to the United States. As one of the very few Black female officers in the Army at the time, her service work was exemplified and reported by LIFE and EBONY magazines, where she made the covers.

After her service career, Marian made her home in Phoenix, AZ with her husband and children. Ever the dutiful nurse, our mother served as nursing director at both Good Samaritan and St Joseph’s Hospitals. She was a longstanding President of the Black Nurses Association. Purely devoted to God, she cemented my brother and I in our faith. Committed to several causes she believed in, she gave of her time and money to see them succeed: Black education, nursing, the Red Cross. An active community activist, Marian advocated for voting rights, equal opportunity for women, the preservation of HBCUs.

Our mom, Marian, was a deeply devoted mother, grandmother, wife, leader, and friend to all. She will be sorely missed, loved, and never forgotten.

Unfortunately, during this time of the COVID-19 pandemic, funeral services were not held. Marian was interred at St. Francis Cemetery, 2033 N 48th St, Phoenix, AZ in the main mausoleum, with our father Howard L. Bell. Arrangements were handled by Whitney & Murphy Funeral Home, 4800 East Indian School Road, Phoenix, AZ 85018, Condolences and Hugs from Home may be expressed at www.whitneymurphyfuneralhome.com.
A future memorial celebration will be scheduled for both of our parents once the pandemic has passed.

Offer Hugs From Home Condolence for the family of BELL, MARIAN J.