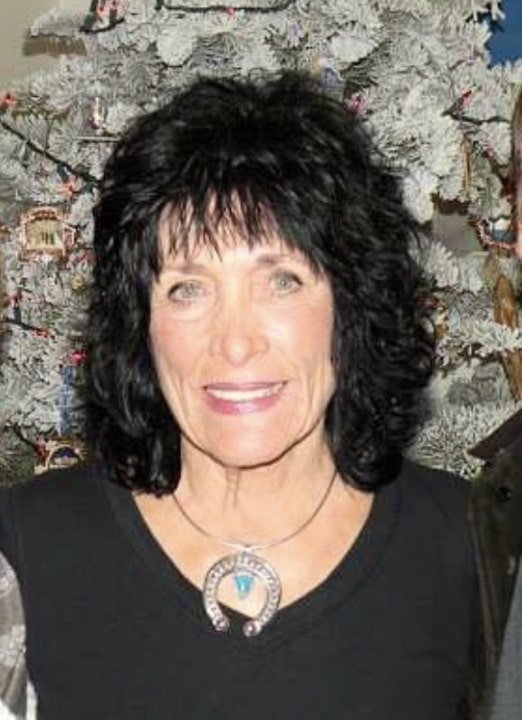 Nicolette “Nikki” Beloud peacefully left this earth on May 4, 2022, after a short battle with brain cancer. Nikki is preceded in death by her longtime partner of 27 years, Bert who passed away in October 2020. Nikki was affectionately called “Momma” by her two children, Cristina and Brett and her beloved son in law, Rudd and “Thetsa” by her nieces and nephews. Nikki enjoyed a full life and was an adored Sister, Aunt, Cousin, and trusted friend. She leaves behind an extended family and many friends from all over the world.

Nikki was born in Minneapolis, MN and moved to the Valley with her parents Mary and James when she was 12 years old. Her beloved brother Leo was born shortly after they arrived in Phoenix. Early in her life, Nikki realized a love for travel and adventure and after high school entered the travel industry at American Express. While there she met the father of her children, Paul. She and Paul married and set off to travel the world while both maintaining careers in the very popular travel and airline industry. Paul and Nikki divorced but remained friends up until the end. Nikki later co owned a travel agency for over 20 years and then decided to switch careers and join the Phoenix Police Department as a civilian. She retired from the Phoenix Police Department in 2017 after 15 years of service.

Nikki had an unquenchable love for travel. She visited every continent and almost every major country in the world at least once, and made world travel a huge part of growing up for her children. More recently, Nikki and Bert found joy in visiting our National Parks and prior to Bert’s death, visited 11 parks and monuments in the Rocky Mountain and Western regions.

Nikki was an avid reader, excellent skier, photographer, lover of coffee, wine, dogs (both hers and her “Grand dogs”), horses, country music, mountains, and good conversation. Nikki was a patriot and supporter of public safety and veteran’s issues and was a firm believer in the US Constitution and rights of Americans. On any given morning whether in December or July, one could find her sitting outside on the patio with a book. Until age 70 Nikki could also be found hiking Squaw Peak Mountain at 5 am almost every day. And up until April 2022 Nikki was still going to the gym 3 days a week.

Nikki was a tough and smart lady and had the opinions to prove it. She had an extraordinary wit and sense of humor and even spoke fluent Greek. Nikki was also a loyal defender of her family and close friends and was loved by them all.

We know without a doubt Nikki is in heaven. We envision her holding court with a glass of wine in one hand while looking down on Earth trying to solve all the problems. Keep trying Nikki, we need your help down here. We will miss you terribly, Momma. Please keep a close eye on us until we meet again.

A Celebration of Life will be held at 11:00 A.M. on Thursday, May 12, 2022 at Whitney & Murphy Funeral Home, 4800 E. Indian School Rd., in Phoenix. For those unable to attend, the service will be live streamed and can be viewed at https://www.facebook.com/WhitneyMurphyFH/live/

Offer Hugs From Home Condolence for the family of BELOUD, NICOLETTE “NIKKI”