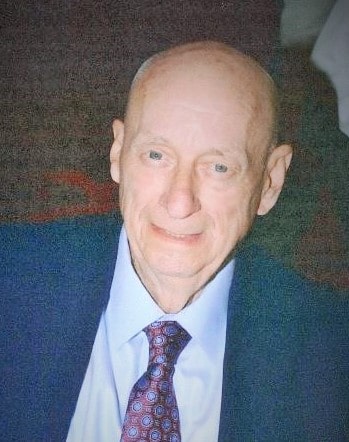 The servant of God John W. Benza fell asleep in the Lord on November 5, 2021. John was born in 1937 in Pennsylvania and raised in Ohio. He is survived by his bride of 53 years, Jill K. and his adult children: sons John M. and his wife Danyelle, Jeffrey and his wife Holly and daughter Jill Natasha. John was a very loving and proud Papa to his five beautiful grandchildren, Savannah, Matthew, Jonas, Jackson and Nico. John is also survived by his brother Michael (Sarah) and his sister Sonja (Tim) plus many nieces and nephews. John was the ultimate telephone man working over a 42-year span for the Bell System, US West and Lucent Technology. Resident of Mesa since 1981, John was known as a history buff and the keeper of what the family loving referred to as “useless trivia.” John especially loved his church and was a founding member of the St. Ignatius of Antioch Orthodox Christian Church in east Mesa. He excelled at being an usher extraordinaire, a fixer of anything broken and church caretaker.

The family asks friends to join us at St. Ignatius Church 2402 N. Usery Pass Road, Mesa, for visitation Sunday, November 14 from 4:30 – 6:00 pm with Trisagion Prayers at 6:00 pm. A meal of mercy will be served immediately following the prayer service as we celebrate a life well lived. The funeral service will be held at the church at 9:30 am Monday, November 15 with internment immediately following at the City of Mesa Cemetery. The family requests in lieu of flowers that donations be made to the United Food Bank in Mesa or to the St. Ignatius Church Building Fund in John’s memory. Condolences may be expressed at www.whitneymurphyfuneralhome.com.

Offer Hugs From Home Condolence for the family of BENZA, JOHN W.