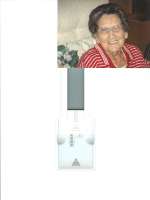 December 10, 1915 – February 10, 2011. Jo Swiger was the 9th of 11 children, born in the coal-mining town of Monongah, WV. She and her husband, Buck, and their 3 daughters relocated to Phoenix in 1957, where two of her sisters lived. She was very active in the Catholic parish of St. Theresa where she was Prefect of the ladies’ Sodality, and later, parish secretary. Jo was a very social person, with a wide network of friends, from the Garden Club in WV to a number of clubs and crafts groups in Phoenix. Later in life, she served as Assistant Director at Mt. Claret Retreat Center. Jo was preceded in death by Buck, is survived by her brother, Nick, three daughters, Becky Bryan (Chuck), Ann G. Bauer (Bruce), and Mary Beth Swiger, four grandchildren, a dear brother-in-law, Frank Marra, local nieces Jo Kruger, Judy Cunningham, and Karen Twigger, and a wonderful, large extended family. Visitation will be from 6-8pm, with a Rosary at 7pm, Tuesday, February 15 at Whitney & Murphy Funeral Home, 4800 E. Indian School Road. Funeral Mass at 10am Wednesday, February 16 at St. Theresa Catholic Church, 5045 E. Thomas Road. Interment will follow at St. Francis Catholic Cemetery. 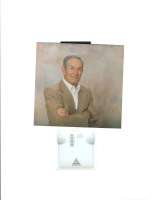 Offer Hugs From Home Condolence for the family of SWIGER, JOSEPHINE CALABRASE