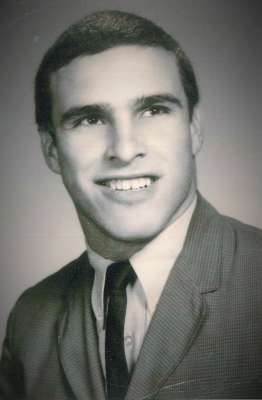 Rey, a native of Arizona, was born in Douglas on January 23, 1947. He came to Phoenix with his parents in the early fifties and graduated from St.

Agnes Elementary School (1961) and Saint Mary’s High School where he lettered in football. (1965).

Rey served his country in the United States Navy and thus will be buried with full military honors at a graveside service this coming Tuesday, August 16th, at 9:00 AM,

In Saint Francis Cemetery on 48th Street & Oak in Phoenix.

Rey was single and had no children. He is preceded in death by both of his parents, Carlos and Enedina and also two brothers, Armando and Louis (Luis) Carlos (Louie), all born in Douglas.

Rey is survived by: one aunt, Nieves de la Torre, 87, also from Douglas now living in Las Vegas, NV; a 97 year old uncle and his namesake, Reynaldo de la Torre, who still lives in Douglas and two nieces: Lisa Bernal-Brethour and Katrina Bernal, as well as a host of maternal and paternal cousins in various states.

In Lieu of flowers the family has requested donations in Rey’s name to one or all of the following organizations: Saint Agnes Elementary School or Saint Mary’s High School Scholarship Funds, Saint Vincent De Paul’s, the Andre House, The American Heart Association.

Offer Hugs From Home Condolence for the family of Bernal, Reynaldo (Rey)