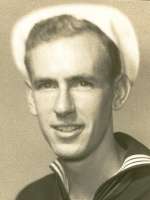 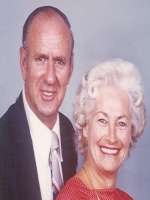 Dudley Mark Berry, Jr. died March 25, 2011 in his beloved Phoenix home he considered his sanctuary for 55 years. He was born in Encinal, TX October 30, 1925 as an only child of Clara Valine and Dudley Mark Berry. His youth was spent moving year after year throughout the West and Mexico when finally the Berry’s settled down in Hurley, NM for his high school years. Dudley was one of our brave naval servicemen in World War II, a time in his life he often spoke about with both tears and pride. After the war he returned to Mogollon, NM where he met Jean Rinnander on a blind date. That night he proposed to her which was the beginning of a life together of 41 years until her death, May 20, 1990. The last 21 years of his life he was without Jean but had her picture in every room throughout his house and spoke of her each and every day. Dudley and Jean married in Denver, CO where Dudley worked for Braniff Airlines for a couple of years and later for Mountain Bell which led to a transfer in 1955 to Phoenix. He retired with AT&T in 1982. Dudley was an engineer and true “gadget guy”. He loved his electronics, tools, football, music, and tinkering on projects. After retirement he worked for America West Airlines at Sky Harbor Airport as a driver, shuttling passengers between gates and often playing Santa Claus at Christmas. He had fun back in the aviation industry. Dudley loved most his wife, Jean and three daughters, Kim, Joy, and Sandy, and his grandchildren Michelle and Trevor. He was a loyal and dedicated father and husband. After many phone calls with Dad he would end the conversation as we will with this brief write up of a long and loved life by this man “there forth and so on”. Memorial Service pending.

Offer Hugs From Home Condolence for the family of BERRY, DUDLEY MARK JR.