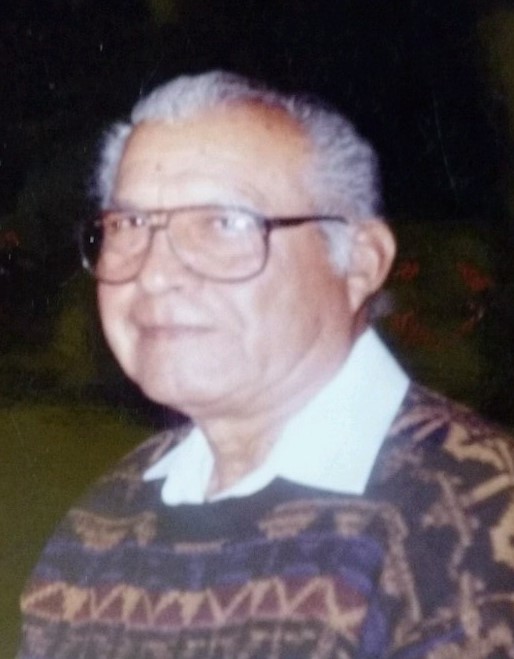 Betancourt, Refugio, (Cuco), 91 of Phoenix, AZ passed away peacefully on February 9, 2018. Refugio was born in Avondale, AZ on May 22, 1926. Refugio was born to Domingo and Cipriana Betancourt. He grew up in the Superior, AZ community known as La Posta. Refugio was an Army Veteran and served in WWII. Cuco enjoyed playing his guitar for his family and played with orchestra in the early 50’s and 60’s. Cuco was known for providing music and entertainment for any and all family occasions. His wit and humor always made his children and grandchildren smile. Refugio was preceded in death by his eldest son Joseph C. Betancourt. He is survived by his wife of 70 years Emily C. Betancourt, son Rudy C. Betancourt (wife Christina), daughter Susie C. Gomez (husband Charlie). He had 10 grandchildren, 17 great grandchildren and 2 great, great grandchildren. A visitation will be held at 10:00 A.M., Rosary prayer at 10:30 A.M. and Mass will be celebrated at 11:30 A.M. at St. Agnes Catholic Church, 1954 N. 24th Street in Phoenix. Burial will follow at St. Francis Catholic Cemetery, 2033 N. 48th Street in Phoenix. Arrangements entrusted to Whitney & Murphy Funeral Home, 4800 E. Indian School Road, Phoenix.

Offer Hugs From Home Condolence for the family of BETANCOURT, REFUGIO M.