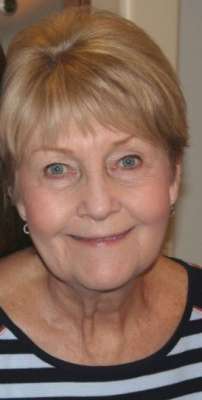 Diane Claire Bilby Beuerle of Paradise Valley, Arizona, passed away on Saturday, March 18, 2017. She was born on February 24, 1944 in Tucson, Arizona, to Ralph Bilby and Mary Babbitt Bilby. Diane was raised, along with her five siblings, in Flagstaff, Arizona. She graduated from Flagstaff High School in 1962, and attended the University of Arizona, joining the Gamma Phi Beta sorority before transferring to Northern Arizona University in 1964. She married Lynn Rhodes Beuerle in 1965 and they settled in Flagstaff and later Phoenix, Arizona. Diane, Lynn, and their children Anne, Mary and John moved to California in 1976.   She completed an associate’s degree in Interior Design in 1983 at Chaffey College in Alta Loma, California, but nursing was her true interest.   She returned to Chaffey for another associate’s degree, becoming a Registered Nurse in 1985. Diane went on to get a Bachelor of Arts in Psychology at Pitzer College in 1990, and a Master of Science in 1993 in Psychology/Mental Health, to become a Psychiatric Nurse Practitioner. She was a member of Phi Kappa Phi and Sigma Theta Tau academic and nursing honor societies. She worked for the Visiting Nurses Association of Pomona, and the Laguna Beach Community Counseling Center, before joining a private group practice for adult clients in 1996. Diane and Lynn returned to their home state of Arizona in 2004, residing in Scottsdale and Paradise Valley, where they were able to live near their daughter, grandchildren, and her five brothers and sisters. Diane was warm and giving, the family resource for medical and artistic knowledge. She had a real gift for forming close relationships beyond her immediate family and was especially beloved by her nieces and nephews. She was intelligent, well read, and loved nothing more than discussing a good book or movie over a glass of wine. She was involved in service at the Franciscan Renewal Center, volunteered at the St. Vincent de Paul Homeless Shelter, and participated in Bible studies, book clubs, bridge club, and numerous other community activities. She painted in oils and watercolor, and wrote poetry. She had a wonderful eye for color and design which she generously shared with her friends and family. Diane deeply enriched the lives of all who knew and loved her.Diane was preceded in death by Ralph Mansfield Bilby, Mary Eleanor Babbitt Bilby, and Martha Ann Bilby. She is survived by her husband Lynn Rhodes Beuerle, daughters Anne Beuerle Rodgers, Mary Ellen (Bryan) Neff, and son John Willard (Scott) Beuerle; grandchildren Katherine Olivia Rodgers, Ellie Dilynn Neff, Lily Elizabeth Viola Neff, Matthew Jacob Rodgers, Andrew Thomas Neff; sisters Mary Marguerite Crossman, Barbara Susan Ells, and Patricia Louise Moore, and brothers Ralph Babbitt Bilby and Richard Joseph Bilby. A Celebration of Diane’s life will be held on Saturday, March 25, 2017 at 2:00 p.m. at Our Lady of the Angels at the Franciscan Renewal Center, 5802 East Lincoln, Paradise Valley, Arizona. In lieu of flowers, donations may be sent to the University of Arizona Cancer Center @ Dignity Health St. Josephs, 350 West Thomas Road, Phoenix, Arizona 85013. They may also be made online at www.supportStJosephs.org. Please make sure all checks are payable to St. Joseph’s Foundation and note that they are in memory of Diane Beuerle.

Offer Hugs From Home Condolence for the family of BEUERLE, DIANE CLAIRE BILBY