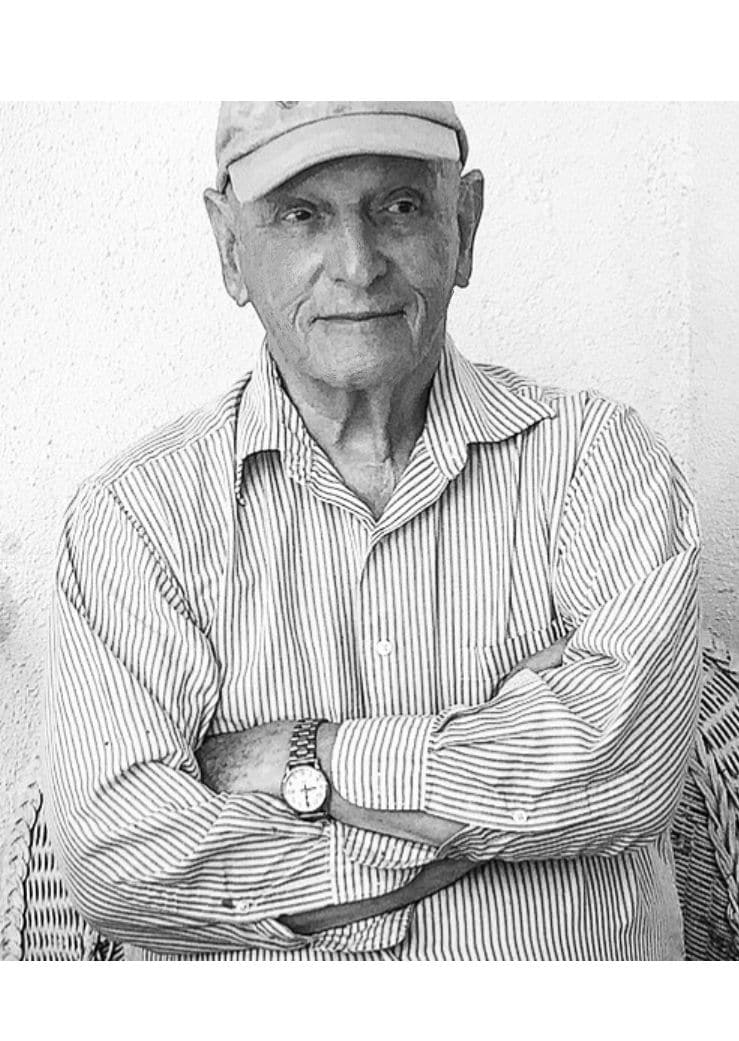 Leonard Bianco “Leo” was born in the Bronx, New York on June 22, 1927 to Anna and Leonardo Bianco Sr. Surrounded by a large and loving Italian family, Leo enjoyed playing stickball in the streets, family dinners, and surviving long hot summer days with water sprayed from open hydrants was his way of life. The true talent of drawing and painting came early to Leonard, and the development of his color palette that would help him well into his adult years.
Leonard served honorably in the US Army as a soldier and was later assigned to the art department to design posters and graphic art. After returning to New York as a young Army veteran, he was accepted into the prestigious “The Famous Artist School” in Wilton, Connecticut. There he studied with Jon Whitcomb and Dong Kingman to further hone his skills, he and very soon after established himself as a professional artist in New York City. In 1958 he met his wife Francesca on the steps of St. Patrick’s Cathedral. A recent graduate of the Fashion Institute of Technology, Francesca was also an artist and fashion illustrator. They were married in 1959 and had two sons. In New York City Leonard was a member of the Dutch Treat Club with Lowell Thomas, Mayor Ed Koch, and Isaac Asimov among others. During this time Leonard was an established professional artist in New York City whose many works included painting socialites and luminaries, including Barbra Streisand who so loved her portrait that she commissioned Leonard to create a painting as a gift to President Lyndon B. Johnson. The painting depicted President’s Johnson’s two dogs and was given to him for his inauguration in Washington DC. The two paintings are now permanently displayed at the LBJ Ranch in Stonewall, Texas.
Leonard worked as an Art Director and artist before opening his own design studio, Bianco Ltd., in New York City that specialized in label design for the wine, liquor and beer industry. Leonard worked in Rome, Mexico City, Paris and Scotland. In his later years the family moved to Phoenix, Arizona where Leonard taught and painted privately in his studio. He was commissioned by the Diocese of Phoenix to render a portrait of Christ for Saint Mary’s Basilica. This painting was hailed by the Director of the Phoenix Art Museum as worthy of the “old masters”.
The joy Leonard felt when he created a new work was his life’s essence, guided each loving brushstroke. He loved travel, the opera, old friends, his dogs, great stories, and beloved family, truth, the Phoenix Suns, pasta on Sundays. He used to say, “To be rich was to own a home and have a box at the Opera”. Leonard was so proud of his sons and their wives and his sweet grandchildren. His legacy of realism & artistry is truly his gift to us all.
He leaves his wife of 62 years Francesca, his son Marc, daughter-in-law Francesca Lucia, granddaughter Olivia. His son Chris, daughter-in-law Mia, granddaughters Nina & Eva, grandson Leo., nieces Marianne Carol and Laura, and many dear and beloved cousins in New York, Connecticut, California, New Jersey and Italy.
In lieu of flowers, donations may be made to Hospice of the Valley. Please call 602-530-6900 or you may donate online at www.hov.org.
A memorial service will be held on Wednesday, November 3,.2021 at the Whitney & Murphy Funeral Home, 4800 East Indian School Road, from 5:00 P.M. to 7:00 P.M. A Mass will be held at Brophy Chapel, 4701 North Central Avenue, on Thursday, November 4, 2021 at 4:00 P.M. Condolences may be expressed at www.whitneymurphyfuneralhome.com.

Offer Hugs From Home Condolence for the family of BIANCO, LEONARD “LEO”