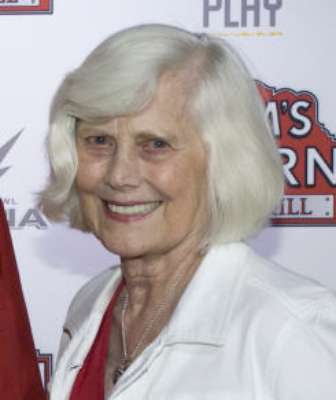 Nancy Jeanne (Lavezzorio) Bidwill was born March 8, 1932 to Nicholas and Frances Lavezzorio in Chicago, Illinois. She died at home surrounded by family in Paradise Valley, AZ on August 17, 2016. Nancy attended grade school at Covenant of the Sacred Heart in Chicago, IL, high school at Villa Duchesne in St. Louis, MO and received her baccalaureate degree from Barat College in Lake Forest, IL.

Nancy married William V. Bidwill on September 1, 1960. They moved to St. Louis and raised five children: William Jr., Michael, Patrick, Nicole and Timothy. In 1988, they relocated to Phoenix, AZ where her family grew and was blessed with grandchildren.

Nancy was an excellent cook, especially of her family’s recipes. She was an avid Cardinals fan and supported the team and its players even when they were down. She loved her many dogs she had over the years. She was committed to community work around her children’s schools, visiting hospitals, serving on the Crozier Dinner Committee for years and chairing it in 1993. In addition, she served on the board of the Catholic Community Foundation during the 1990’s. She also was proudly a three term member of the Board of Trustees of Catholic University of America in Washington, D.C.

Nancy was a devout Catholic and was a member of the Order of the Holy Sepulchre and the Order of Malta. She attended daily mass until she physically was unable.

Nancy’s life was marked by multiple battles with breast cancer. As a young mother she successfully conquered it in 1974. Unfortunately, breast cancer appeared again in 2003. She valiantly battled it until she was again declared cancer free. Yet tragically in 2012 a new type of breast cancer was discovered which presented her next life challenge. That cancer appeared to be beat as well but came out of remission in 2014.

Over the last 13 years, she demonstrated her unique ability to fight with both strength and grace. She fearlessly faced each fight. Her resolute determination, outstanding medical team, family and strong faith got her through each battle until the chemotherapy could no longer stop the cancer from spreading.

Nancy was a loving daughter, sister, wife, mother, mother-in-law and grandmother. She was also a comforting friend to many. She is survived by her husband of nearly 56 years, her five children, 10 grandchildren, two daughters-in-law and three sisters.

In lieu of flowers, the family asks that donations be made to either Hospice of the Valley or University of Arizona Cancer Center at St. Joseph’s Foundation at www.supportstjosephs.org.

Offer Hugs From Home Condolence for the family of BIDWILL, NANCY JEANNE (LAVEZZORIO)