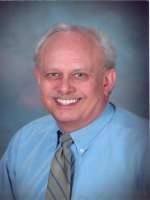 Deacon Thomas (Tom) Bills, 61, of Phoenix, AZ passed away unexpectedly on Monday, October 10, 2011. He was a loving and devoted father and grandfather to his three grandchildren. His most cherished moments were spent with his family. His sense of humor, genuine personality and giving spirit will be missed dearly. He often said that “Death is beautiful because you are with God,” so we know he’s in a better place now. He was ordained to the deaconate on November 9, 1991. His ministry work began at St. Maria Goretti Catholic Church in Scottsdale where he was assigned for nine years. Since July 2000 he had been assigned to St. Thomas the Apostle where he faithfully served his community. Deacon Tom always made himself available to the needs of parishioners and touched the lives of countless people. He led Our Lady’s Prayer Group and had a life long devotion to the Blessed Mother. Deacon Tom is predeceased by his sister, Eleanor Cota and his parents, Raymond H. and Gwendolyn Bills. He is survived by his children, Eric (Tara) Bills, Scottsdale AZ and MaryKay (Karl) Meinhausen, Phoenix AZ; three grandchildren, Julien Bills, Adrien Thomas Bills and Milla Meinhausen; brothers and sisters, Theresa Aversa, Liverpool, Raymond (Betty) Bills, AZ, Anne (Don) Simiele, Liverpool, Robert (Jean) Bills, Liverpool, Marnie (Steve) Underwood, N. Syracuse; and several nieces and nephews. Visitation will be from 6-8 pm, with Prayer Vigil at 7:00 pm, on Tuesday, October 18, 2011, at St. Thomas the Apostle Catholic Church, 2312 E. Campbell Ave. Funeral Mass will be held at 10:30 am on Wednesday, October 19, 2011, at St. Thomas the Apostle. Burial will be at St. Francis Cemetery. Contributions in Tom’s memory may be made to St. Thomas the Apostle Catholic Church.

Offer Hugs From Home Condolence for the family of BILLS, DEACON THOMAS FRANKLIN